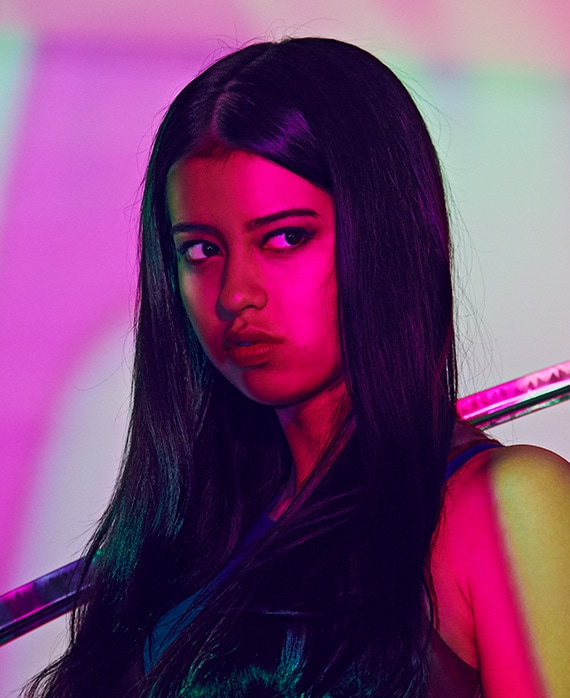 Amber Midthunder stars as “Kerry Loudermilk,” a mover and doer who is the kind of person that’s never satisfied with a green pasture. There’s nothing she loves more than a good fight… except maybe Cary, the one person with whom she is truly close.

Midthunder is an American-born actress who uncovered a deep love for the art of acting at a very young age. Growing up with an actor father and casting director mother, Midthunder began her onscreen career early in life. Her first speaking role was at the age of nine opposite Alan Arkin in the indie hit Sunshine Cleaning.

Since then, she has appeared in Banshee and Longmire as well as the feature film Hell or High Water, opposite Jeff Bridges.

In 2016, Midthunder was cast in her first leading role in the faith-based film Priceless, and as a series regular in FX's Legion from Noah Hawley. Midthunder most recently appeared in the independent feature She’s Missing with Josh Hartnett, and in the CW’s Roswell, New Mexico.

Outside of acting, Midthunder has a passion for animal rights and environmental activism.