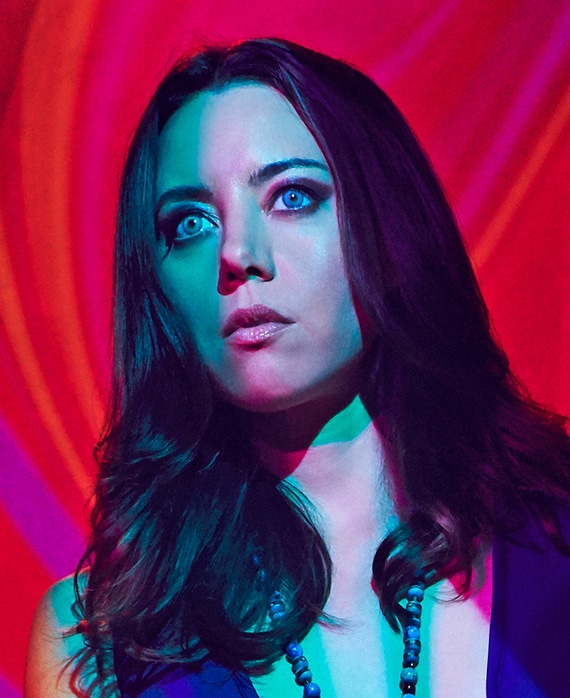 Aubrey Plaza portrays David’s friend “Lenny Busker.” Despite a life of drugs and alcohol abuse, David’s friend Lenny knows that any day now her life is going to turn around, which gives her the likable energy of the impossible optimist. In her newfound position as David’s right hand man, Lenny is pulled between her pursuit of personal happiness and the execution of David’s plans.

For her memorable role as “Lenny” in Noah Hawley’s Legion, Plaza was nominated for a 2018 MTV Movie & TV Award for Best Villain and an Imagen Award for Best Actress. Next, she will star opposite Brian Tyree Henry in MGM’s remake of Child’s Play.

She starred in Colin Trevorrow’s celebrated debut feature Safety Not Guaranteed opposite Mark Duplass and Jake Johnson. The film, produced by Jay and Mark Duplass, premiered at the 2012 Sundance Film Festival and received the 2013 Film Independent Spirit Award for Best First Screenplay and a nomination for Best First Feature. For her performance in the film, Plaza won the 2012 ALMA Award for Favorite Movie Actress - Comedy/Musical.

Other film credits include Jeff Baena’s The Little Hours (producer) and Life After Beth, An Evening with Beverly Luff Linn, Mike and Dave Need Wedding Dates, Ned Rifle, The To Do List, Damsels in Distress, Edgar Wright's Scott Pilgrim vs. the World and Judd Apatow's Funny People.