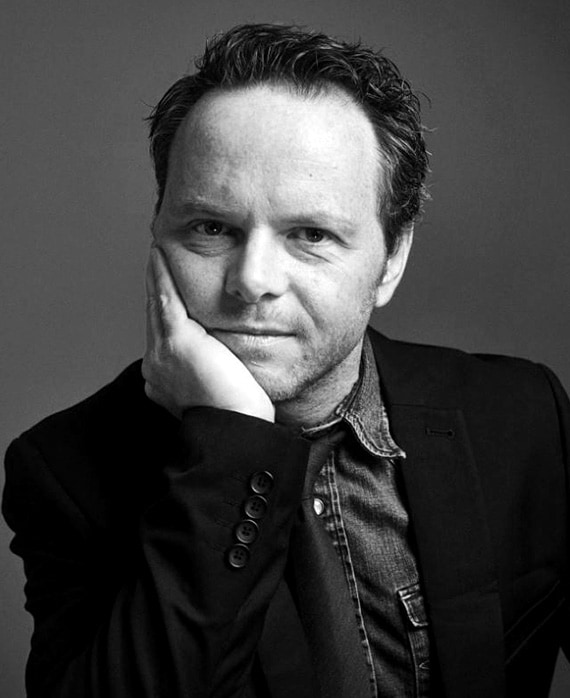 Award-winning Noah Hawley is one of the most accomplished auteurs and versatile storytellers working in television, film and literature. Hawley balances the art of telling cinematic, unforgettable character-driven stories that linger long after you’ve been immersed in them.

Over the course of his more than 20-year career, Hawley’s work as a novelist, screenwriter, series creator, showrunner and director has garnered acclaim – winning an Emmy®, Golden Globe®, PEN, Critics’ Choice and Peabody Award – and passionate response from audiences.

Also a best-selling author, Hawley has published five novels: A Conspiracy of Tall Men, Other People’s Weddings, The Punch, The Good Father and most recently the bestseller Before the Fall.

He began his television career as a writer and producer on the hit series Bones in 2005, going on to create, executive produce and serve as showrunner for ABC’s My Generation (2009) and The Unusuals (2010).In addition to Legion, he most recently served as executive producer, writer, director and showrunner on FX’s award-winning anthology series, Fargo. Hawley will begin production on the fourth installment of Fargo, starring Chris Rock, later this year. Both acclaimed series are produced under Hawley’s 26 Keys Production banner.

Upcoming projects from Hawley include his feature film directorial debut, Lucy in the Sky, starring Natalie Portman, Jon Hamm, Dan Stevens, Zazie Beetz, Pearl Amanda Dickson, Tig Notaro and Ellen Burstyn. The film will be released by Fox Searchlight this year. In addition, Fargo: This Is A True Story, a companion book to the first three installments of the series and authored by Hawley, will be released by Grand Central Publishing in October.