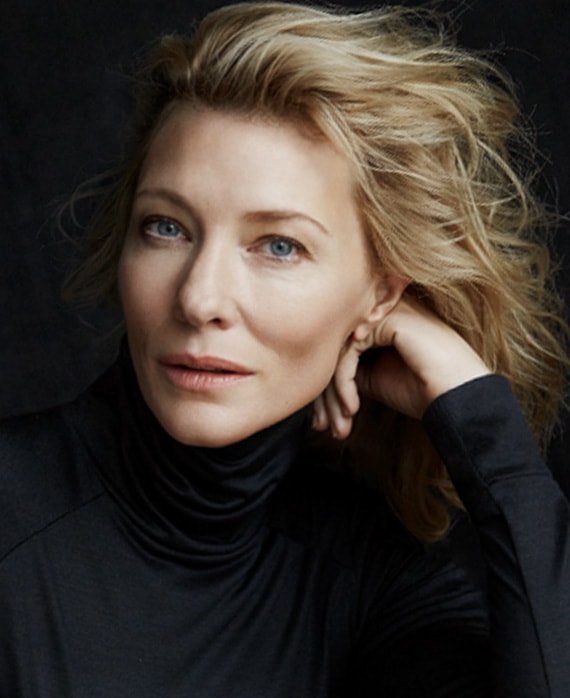 Cate Blanchett is an internationally acclaimed actor, producer, theater director and dedicated member of the arts community. She is the co-founder and Principal of film and television production company, Dirty Films, alongside her partner Andrew Upton. Dirty Films’ film credits include Truth (2015), Carol (2015), Little Fish (2005) and The Turning (2013). Television credits include Stateless (co-produced with NBC Universal International Studios’ Matchbox Pictures for the Australian Broadcasting Commission and Netflix) and Mrs. America. Stateless, which Blanchett co-created with Elise McCredie and Tony Ayres, had its world premiere as part of the series program at this year’s Berlinale International Film Festival.

From 2008-2013, Blanchett served alongside Upton as the co-artistic director and CEO of the Sydney Theatre Company. Some of Blanchett’s most notable productions with the Company include a revival of Tennessee Williams’ A Streetcar Named Desire, Anton Chekhov’s Uncle Vanya, and Jean Genet’s The Maids. Blanchett also directed the company’s production of The Year of Magical Thinking, based on Joan Didion’s book of the same title.

Blanchett holds Honorary Doctorates of Letters from the University of New South Wales, the University of Sydney and Macquarie University, and is a graduate of the National Institute of Dramatic Arts. In recognition of her continued advocacy for the arts and support of humanitarian and environmental causes, Blanchett has been awarded the Companion of the Order of Australia in the General Division; the BFI Fellowship from the BFI London Film Festival; the Women in Film Crystal + Lucy Award for expanding the roles of women in film; the Crystal Award at the 2018 World Economic Forum in Davos; and the Chevalier de l’Ordre des Arts et des Lettres by the French Minister of Culture. She is also a Global Goodwill Ambassador for UNHCR, the UN Refugee Agency. In 2018, Blanchett served as Jury President of the 71st Cannes International Film Festival and in 2020, she will serve as the Jury President of the 77th Venice International Film Festival.