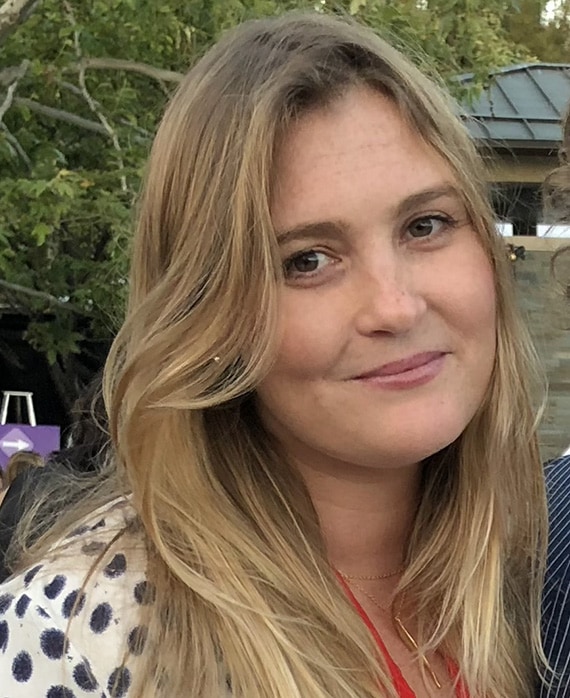 Coco Francini is an accomplished television and film producer with producer credits on such notable film projects as Quentin Tarantino’s The Hateful Eight and Zach Braff’s Wish I Was Here, for which she spearheaded the groundbreaking Kickstarter campaign for the film that garnered over $3M toward the production budget and amassed 50,000 loyal and engaged fans.

While at USC, she began working with fellow Mrs. America executive producer Stacey Sher. Their collaboration began when Francini was hired as an intern at Sher’s company, Double Feature Films. They began producing film and television together in 2013 at Sher’s Shiny Penny, where Francini was executive vice president. Mrs. America was born out of Shiny Penny’s first-look deal with FX.

Quentin Tarantino is another frequent collaborator, with Francini starting as his assistant in 2011 on Django Unchained and then returning as associate producer on The Hateful Eight where she oversaw the global 70MM roadshow tour and the soundtrack/score that won a long-deserved Academy Award® for Ennio Morricone.

Most recently, Francini was vice president of Activision Blizzard Studios where she led the creative development and production of film and television content for the world’s largest video game and interactive media company, shepherding projects including films based on the iconic $15 billion Call of Duty game franchise.

A native of Los Angeles, Francini is a member of the Producers Council at the Producers Guild of America as well as the Academy of Television Arts & Sciences.