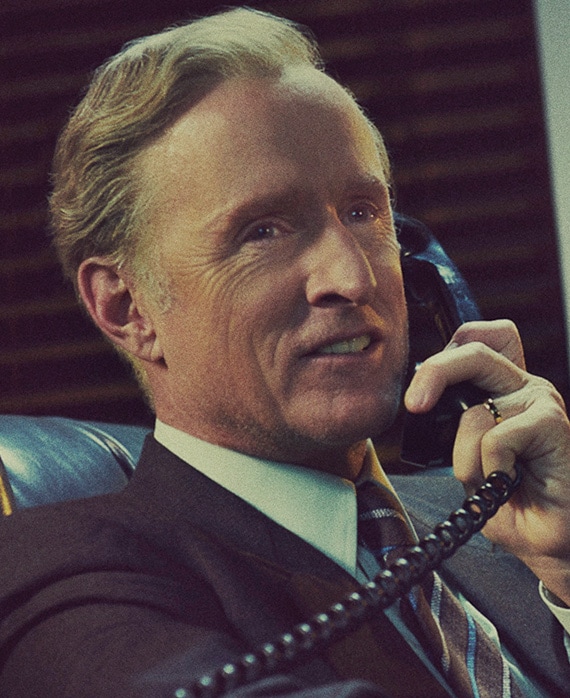 Slattery is an Emmy®-nominated and renowned actor of TV, film and stage. Slattery received four Emmy nominations for Best Supporting Actor in a Drama Series for his portrayal of “Roger Sterling” in AMC’s critically acclaimed Mad Men. Slattery also directed several episodes of Mad Men, Judd Apatow’s Love and helmed the feature God's Pocket in 2014, which premiered at Sundance. Slattery starred in Tom McCarthy's Oscar®-winning feature film, Spotlight, which received SAG’s® Outstanding Performance by a Cast in a Motion Picture Award, the Independent Spirit Robert Altman Award and the Oscar for Best Picture. Slattery’s previous credits include Ant-Man, The Adjustment Bureau, Iron Man 2, Bluebird, Flags of Our Fathers, Charlie Wilson's War, Mona Lisa Smile, The Station Agent and Traffic. Slattery is instantly recognizable from numerous television roles, including Wet Hot American Summer, which earned him a Critics’ Choice nomination for Best Guest Actor, Documentary Now!, Arrested Development, Sex and the City, Veep and K Street. On Broadway, Slattery appeared in the Pulitzer Prize-winning Rabbit Hole, earning him a Drama League Award, the revival of Betrayal, Neil Simon's Laughter on the 23rd Floor and, most recently, Ben Hecht and Charles MacArthur's The Front Page opposite Nathan Lane. Slattery will next appear in the new FOX drama series neXt.