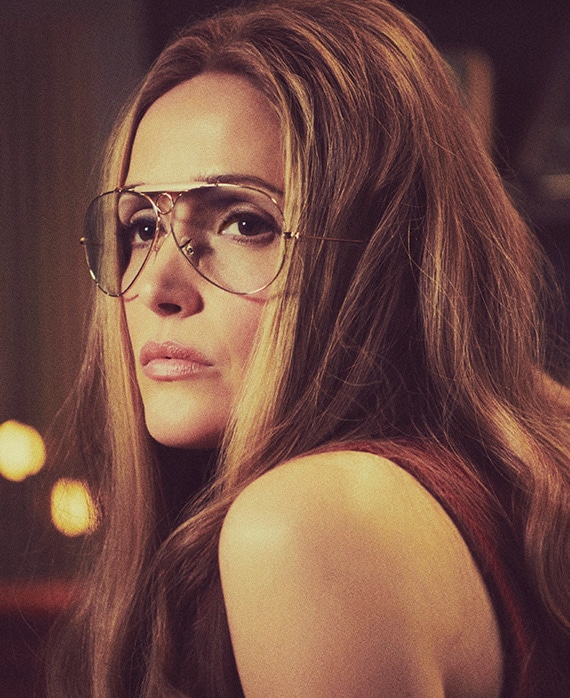 "Gloria Steinem," portrayed by Rose Byrne, was the most recognizable leader of the women’s movement. She co-founded Ms. Magazine, was co-founder of the National Women’s Political Caucus, and played a major part in the effort to pass the ERA.

Byrne’s role in the Brooklyn Academy of Music’s Medea in January marks her return to the theater. Co-starring alongside Bobby Cannavale, they portray a divided couple drawn into brutal conflict in a contemporary rewrite of Euripides’ Greek tragedy from director Simon Stone. In 2016, Byrne appeared in the Sydney Theatre Company’s production of David Mamet’s Speed-the-Plow at the Roslyn Packer Theatre.

In 2015, Byrne was in the independent film Adult Beginners alongside Nick Kroll and Bobby Cannavale. Byrne also appeared in the Paul Feig-directed comedy Spy opposite Melissa McCarthy and Jude Law. Earlier that year, she made her Broadway debut in the limited engagement run of You Can’t Take It With You. She played the lead role of “Alice Sycamore” opposite James Earl Jones and Kristine Nielsen.

Byrne’s other film credits include Annie alongside Jamie Foxx, Quvenzhané Wallis, Cameron Diaz and Bobby Cannavale; This is Where I Leave You alongside Jason Bateman, Tina Fey, Corey Stoll, Adam Driver and Jane Fonda; Neighbors; The Internship; The Place Beyond the Pines; Insidious; Get Him to the Greek; X-Men: First Class; Marie Antoinette; Troy; Adam and 28 Weeks Later, among others. Additional theater credits include Sydney Theatre Company’s La Dispute and Three Sisters.