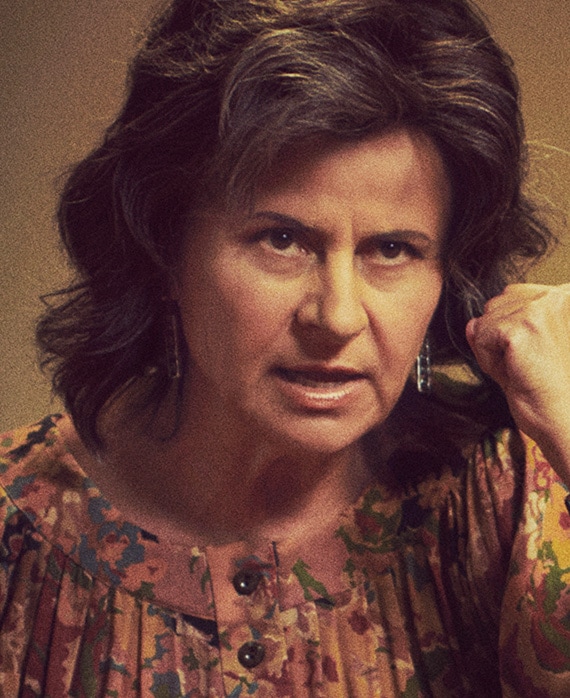 Known as the mother of the women’s movement, "Betty Friedan," portrayed by Tracey Ullman, wrote The Feminine Mystique and co-founded the National Women's Political Caucus. She was an active proponent of the ERA.

Ullman is best known for her series The Tracey Ullman Show, which aired on FOX from 1987 to 1990 and established the English-born comedienne as one of primetime’s major comedic talents. The series earned numerous awards during its run, including several Emmy® Awards, two for Ullman herself. Over the years Ullman has earned many industry honors, including seven Emmys, a Golden Globe®, a SAG® Award, three CableACEs, eight American Comedy Awards and a BAFTA®. In 2014, Ullman was seen in Into the Woods alongside Meryl Streep. After, Ullman played the formidable “Aunt Juley” in the limited series Howards End for the BBC and STARZ. In 2016, The Tracey Ullman Show returned for BBC and HBO, and was met with acclaim and an Emmy nomination. The following year, Ullman also released a new series, Tracey Breaks the News.
See All Shows