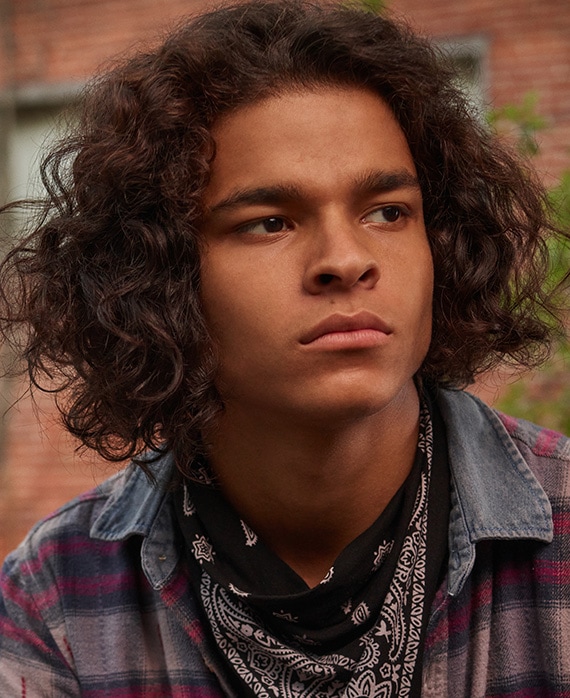 The unofficial leader of the group, "Bear," portrayed by D’Pharaoh Woon-A-Tai, has a nervous energy about him. He sometimes fumbles through situations, always towards good, but even with success he sometimes gets there in unorthodox ways.

Woon-A-Tai is a 19-year-old Oji-Cree First Nations actor currently based in Toronto.

Woon-A-Tai was last seen in the feature film Beans, an official selection of the 2020 Toronto International Film Festival (TIFF). Beans tells the story of a young girl coming of age during the Oka crisis in Canada – a land dispute between the Mohawk people and the town of Oka, Quebec, which lasted 78 days in 1990. Woon-A-Tai was able to show a darker side in the film, as the object of the lead character’s affection, who ended up being much more than she bargained for.

Woon-A-Tai is currently studying his native language, Ojibwe, participates as a First Nations drummer and has a black belt in Shotokan Karate.