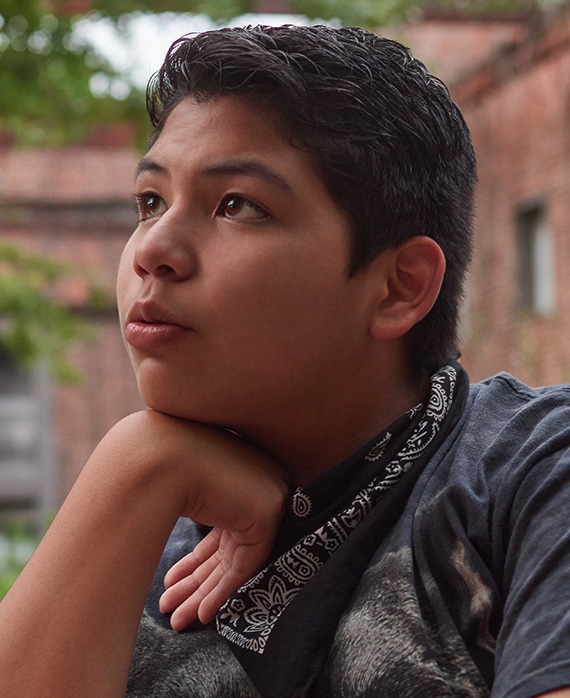 Cheese, portrayed by Lane Factor, is the youngest of the group – like a little brother, they all look out for him. He’s not the leader, but has learned how not to be a follower. He is learning from the others, but left alone he would be able to forge his own path. From methheads, fake grandmas, to lighthorsemen, he has a way of seeing the good in people and in the world.

Factor completed The Young Performer Academy at the Freihofer Actor Factory in Norman, Oklahoma, appeared in a couple of commercials and previously had a role as an extra.

He has taken film and production classes and enjoys making stop animation and short movies. He also filmed televised livestreams for the local community high school football games. Factor is Creek-Seminole and Caddo.