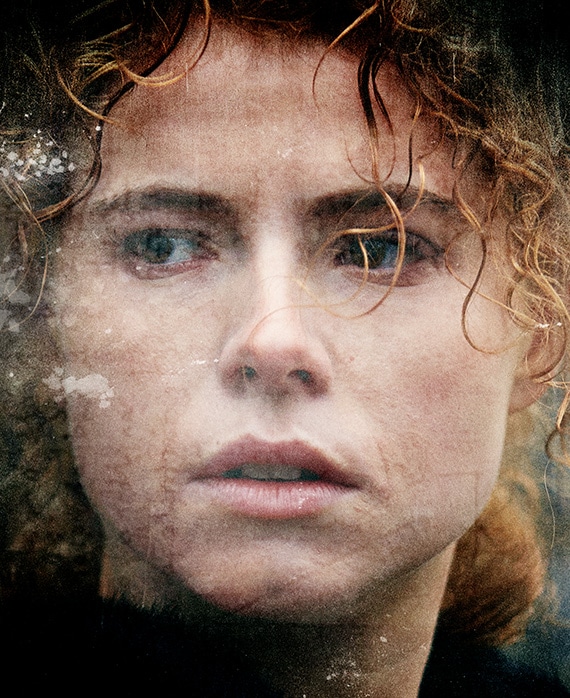 Irish-born RADA graduate Jessie Buckley stars alongside Tom Hardy as “Lorna Bow.” She was most recently seen starring as “Princess Marya” in the BBC hit adaptation of Tolstoy’s epic novel, War and Peace.

Autumn 2015 saw Buckley star in two productions simultaneously as part of the Kenneth Branagh Theatre Company’s inaugural season - the first, as “Perdita” in Branagh’s The Winter’s Tale, and the second as “Muriel” in Harlequinade, opposite an almost identical (and stellar) cast. Both plays received glowing reviews, with Buckley’s performance labelled ‘enchanting’ [Quentin Letts] and ‘luminous’ [Telegraph].

In film, Buckley has performed the lead role of “Miranda” in Jeremy Herrin’s The Tempest, opposite Roger Allam (May 2014); the voice of “Anna” in animated drama Jack And The Cuckoo-Clock Heart (2013); and the more recent sci-fi short, Pulsar.

Further theatre credits include: A Little Night Music at the Menier Chocolate Factory; as a ‘captivating’ (Evening Standard) and ‘beautifully controlled’ (Variety) “Princess Katherine” opposite Jude Law in Henry V; and as “Constanze” in Amadeus, opposite Joshua McGuire and Rupert Everett at the Chichester Festival Theatre. For her performance, The Guardian rendered Buckley ‘an actor to be reckoned with.’