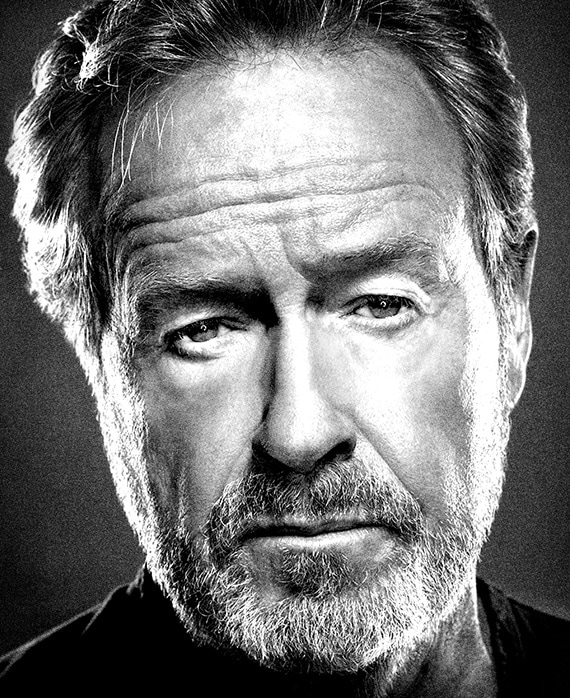 Ridley Scott is a renowned Academy Award®-nominated filmmaker honored with Best Director Oscar® nominations for his work on Black Hawk Down (2001), Gladiator (2000) and Thelma & Louise (1991). All three films also earned him DGA Award nominations. Scott’s most recent release is the critically acclaimed box office phenomenon The Martian starring Matt Damon and Jessica Chastain. The Martian received numerous awards and nominations, including Golden Globes® for Best Motion Picture Musical or Comedy and Best Actor in a Musical or Comedy, seven Academy Award nominations, including Best Picture, a DGA Award nomination, and six BAFTA nominations, including Best Director. Scott is currently in post-production on Alien: Covenant, the sequel to Prometheus, starring Michael Fassbender and Katherine Waterston. He will next helm Wraiths of the Broken Land for 20th Century Fox.

In 1977 Scott made his feature-film directorial debut with The Duellists, for which he won the Best First Film Award at the Cannes Film Festival. He followed with the blockbuster science-fiction thriller Alien, which catapulted Sigourney Weaver to stardom and launched a successful franchise. In 1982, Scott directed the landmark film Blade Runner, starring Harrison Ford. Considered a sci-fi classic, the futuristic thriller was added to the U.S. Library of Congress’ National Film Registry in 1993 and a director’s cut was released to renewed acclaim in 1993 and again in 2007.

Scott and his late brother Tony formed the commercial and advertising production company RSA in 1967. RSA has an established reputation for creating innovative and groundbreaking commercials for some of the world’s most recognized corporate brands.

In 1995 the Scott brothers formed the film and television production company Scott Free. With offices in Los Angeles and London, the Scotts produced such films as In Her Shoes, The A-Team, Cyrus, The Grey and the Academy Award-nominated drama The Assassination of Jesse James by the Coward Robert Ford.

On television, Scott executive produced the Emmy®, Peabody and Golden Globe-winning hit The Good Wife for CBS, and the critically-acclaimed series adaptation of Philip K. Dick’s classic The Man in the High Castle for Amazon.