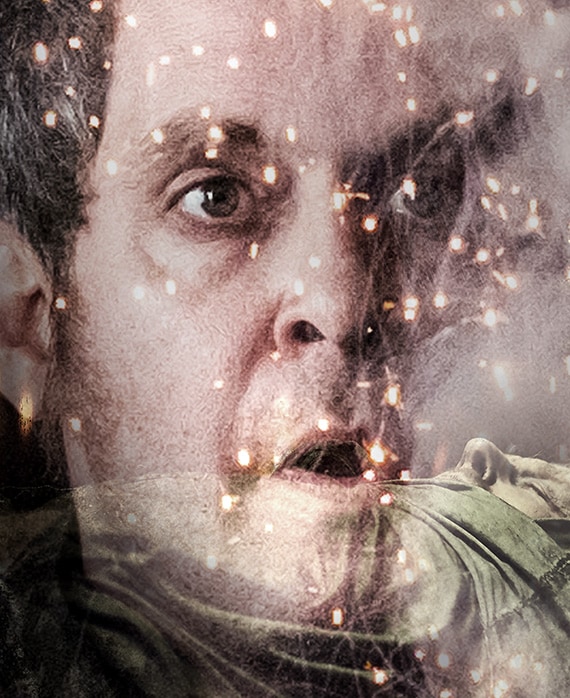 Tom Hollander stars opposite Tom Hardy as “Cholmondeley.” He grew up in Oxford, went to school locally and read English Literature at Cambridge. As a boy, he was a member of the National Youth Theatre and the National Youth Music Theatre.

He was the original “Baby” in Jez Butterworth’s Mojo at the Royal Court and played “Celia” in the Cheek by Jowl all male As You Like It, opposite Adrian Lester. Film credits amongst many include: The Riot Club, The Invisible Woman, About Time, Hanna, In the Loop, A Good Year, Pride and Prejudice, Pirates of the Caribbean (II and III), and Gosford Park.

In 2016 he appeared on BBC1 for Susanne Bier’s hugely successful The Night Manager and on ITV for Julian Fellowes’ adaptation of Dr Thorne, and will be appearing in The Weinstein Company’s upcoming film Tulip Fever with Christoph Waltz and Alicia Vikander. Later this year he will appear in Terry George’s The Promise with Christian Bale and Oscar Issacs, and is about to start shooting Breathe, directed by Andy Serkis.

Last year, he won an RTS award for Best Actor for his portrayal of “Dylan Thomas” in BBC2’s Andrew Davis and Aisling Walshs’ A Poet in New York, produced by Griff Rhys Jones and Sarah Broughton for Modern Television.

In 2009, he co-created the BBC2 series Rev with James Wood. He has been nominated as an actor four times at the TV BAFTAs and has won once, as a Producer for Rev.