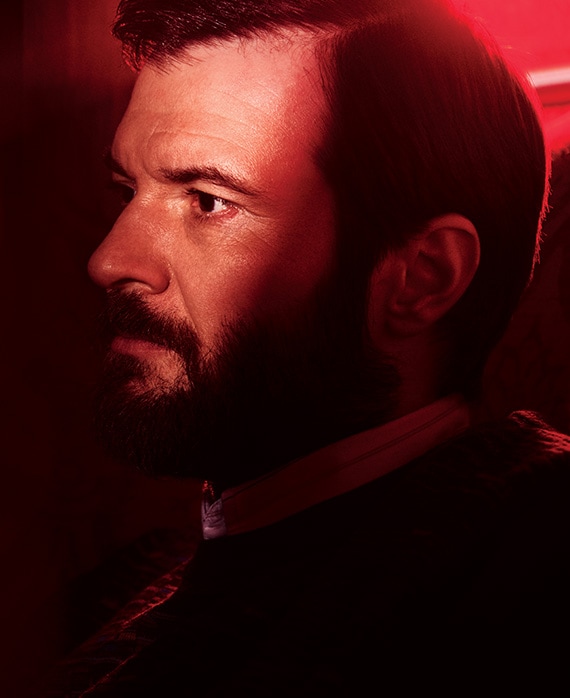 After barely escaping a life-threatening investigation into his past, “Oleg Igorevich Burov,” played by Costa Ronin, has left the KGB, opting for marriage and fatherhood and a safer job within the Ministry of Transport, which his father still runs. However, when he’s approached by an old friend with an important assignment abroad, Oleg is forced to decide whether to maintain his newfound stability or risk his life to fight for his country.

In 2014, Ronin worked with Academy Award®-winning actress Halle Berry in the CBS sci-fi thriller Extant and had a guest role on ABC’s Marvel’s Agent Carter. In 2015, Ronin filmed an episode of Scorpion for CBS, The Player for NBC and Agent X for TNT opposite Sharon Stone. During a hiatus in 2016, Ronin shot roles on The Strain (FX), Shooter (USA) and Gotham (FOX), as well as the indie feature Brighton Beach, directed by David Gutnik and produced by Molly Connors.

Born and raised on the West Coast of Russia, Ronin developed a passion for sailing at the age of five, a hobby he shared with his father and grandfather. He began exploring his love of the arts and performing when he worked at a local radio station teaching English to his listeners through music while absorbing American culture through international radio waves. A move to New Zealand changed his focus as he enrolled in a local university to study International Relations and Political Science.

Not giving up on his artistic aspirations, he immersed himself in the performing arts, training and earning notable roles in a number of local Australian productions. He continued to expand his theatrical resume with a one-man show entitled The Wall, and starring roles in Traitors, The Visit and Noir. His breakout on-screen role came with the award-winning TV series The Circuit, followed by his feature debut opposite Josh Lucas in Red Dog, Australia’s highest grossing film.

In his free time, the Los Angeles resident rides his motorcycle on the city streets and loves to sail and travel the world.