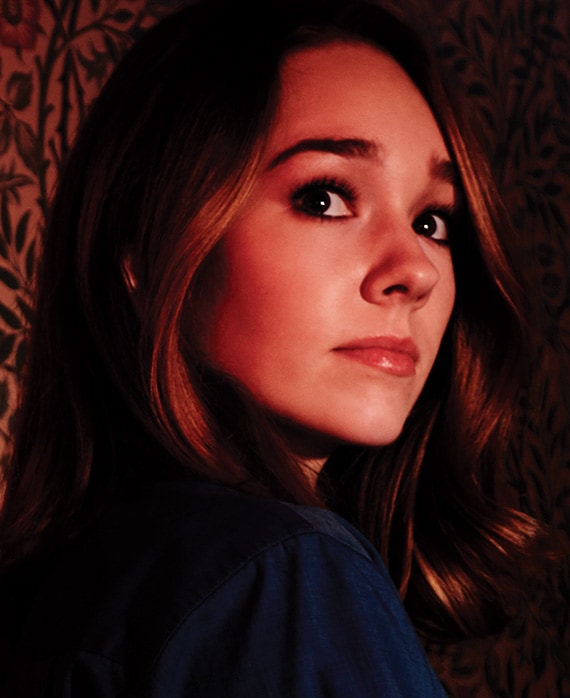 Most teenage girls are worried about school, boys, and gossip, but college student “Paige Jennings,” played by Holly Taylor, has far greater concerns. After discovering that her parents are Russian spies, Paige has embarked on a perilous new path, walking a tightrope between the clandestine family business in which she’s now apprenticing and the murky waters of young womanhood.

Named as one of the most influential young stars to watch by Variety’s Youth Impact Report, actress Holly Taylor is captivating audiences and commanding praise.

Born in Middleton, Nova Scotia, Canada, Taylor loved to perform from a young age, singing and dancing along to the television and radio whenever possible. Upon moving to New Jersey when she was three, Taylor’s family enrolled her in a dance class—where she learned ballet, jazz and tap from an early age. Taylor was hooked, and announced to her parents that she was going to dance on Broadway when she grew up. By age 11, that dream became a reality, and Taylor was dancing eight shows a week in Billy Elliot at the Imperial Theater on Broadway in New York City. By 2009, Taylor started receiving prestigious invitations for programs due to her talents both on and off the stage including the Johns Hopkins program for Gifted and Talented Children, the Student Exchange Program for Gifted Children and the Jacqueline Kennedy Onassis Fulltime Dance Program. With mixed emotions, Taylor turned down these opportunities due to her commitment to Billy Elliot. She did, however, attend a two-week summer intensive program in 2009 at the American Ballet Theatre in NYC.

After taking some acting lessons in New York City, Taylor decided to leave Billy Elliot in July of 2011 and take time out to pursue acting and further develop her skills. Taylor and her parents decided that a prolonged stay in Los Angeles, and a year of homeschooling, would have the benefit of the excellent actor training that area provides. The gamble paid off, and by the summer of 2012, Taylor landed her breakout role as a series regular in The Americans.

Showing her range as an artist, Taylor produced and starred in the upcoming horror movie The Witch Files. Set for release in 2018, The Witch Files is about five girls from different cliques at the same high school who get detention and discover they have magical powers. They need to use those powers when they come up against a much older witch, one who lived in Maine before the infamous Salem Witch trials of the 1690s. Taylor will play “Claire,” the leader of the school newspaper, who is perfectly cut out to be the quirky, curious journalist she’s always wanted to be. But her curiosity leads her to a dangerous coven that she has to find a way out of before it’s too late.

Even though her career is taking off, Taylor continues to make education a main priority. She is currently a sophomore at Penn State University (World Campus) studying Advertising and Public Relations. Taylor continues to practice dance including hip hop, contemporary, lyrical, modern and pointe.