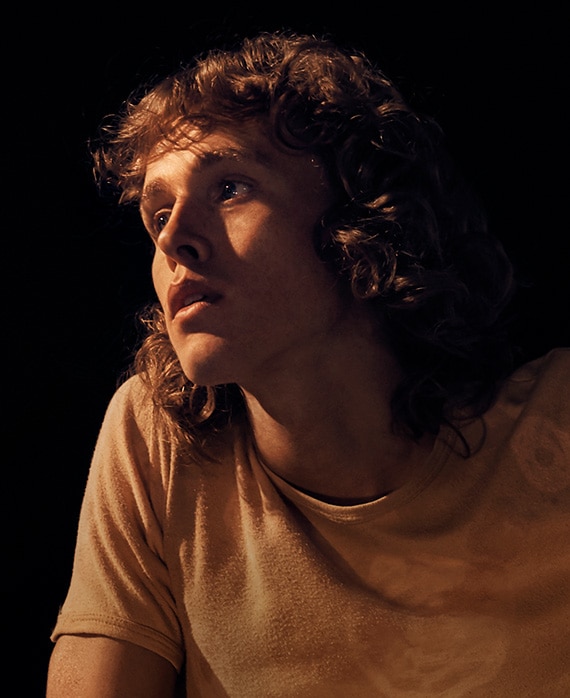 Harris Dickinson stars as J. Paul Getty III in the dynastic saga Trust. Inspired by actual events, FX’s new drama series delves into the trials and triumphs of one of America’s wealthiest and unhappiest families, the Gettys.

Dickinson was born in London in June 1996. From an early age, he expressed a keen interest in both acting and filmmaking. He trained in theater with RAW Acting Academy and partook in the highly respected LAMDA examination program. At the age of 16, Dickinson received council funding to write and direct his first short film. In 2014, he performed in Pauline McLynn's Angels at London's Royal National Theatre. In 2015, he was cast in his first feature film The Medium, and then co-starred in Brad Anderson's Home for Jerry Bruckheimer Television. Having finished Steve McLean's BFI feature Postcards from London, Dickinson most recently starred as “Frankie” in Eliza Hittman’s Beach Rats, which premiered at the 2017 Sundance Film Festival. Dickinson will next be seen starring in 20th Century Fox’s upcoming film adaptation of The Darkest Minds.