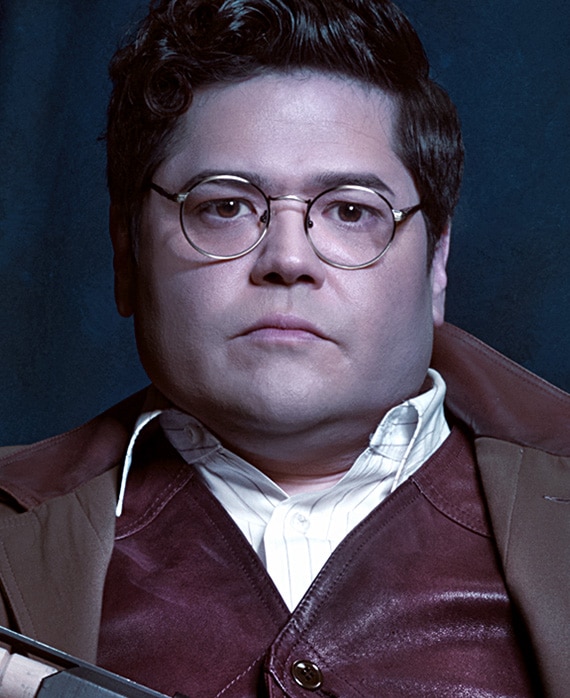 After eliminating almost 70% of the most powerful vampires in the Tri-State area, "Guillermo," played by Harvey Guillén, has shaken up the power dynamics of the vampire community and in the household. Unsure of where he stands with his master and the other vampires, Guillermo awaits his fate, still desperate to become one of them. Does Guillermo need to abandon his dream and return to his old job at Panera Bread once and for all?

Guillén is an award-winning actor and producer.

For his role as "Guillermo De la Cruz" in the Emmy®-nominated FX comedy series What We Do in the Shadows, Guillén earned a Critics’ Choice Award nomination for Best Supporting Actor and made LGBTQ+ Latinx history by becoming the first queer Latinx actor to be nominated in this category.

Showcasing his musical side in a multi-episode arc, Guillén joined the cast of Zoey’s Extraordinary Playlist as “George” for season two.

Guillén costarred opposite Michael Chernus, Michaela Watkins, Sam Richardson and Cheyenne Jackson in Werewolves Within, the 2021 horror comedy film directed by Josh Ruben based on the Ubisoft game of the same name.

Guillén got his start in acting after watching Annie on TV as a child. Since then, he has been seen in The Magicians, Nickelodeon’s The Thundermans, Apple TV+’s Little America and MTV’s Eye Candy starring Victoria Justice. For his role as “Elijah” in the “Don't Ask, Don't Tell Me What to Do” episode of Raising Hope, he earned a GLAAD Media Award. In film, Guillén acted opposite Owen Wilson and Vince Vaughn in The Internship and in Netflix’s Truth or Dare.