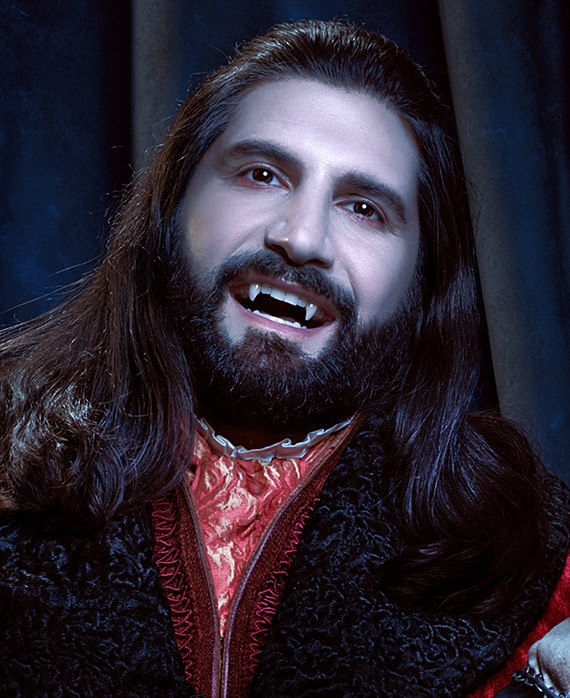 "Nandor the Relentless," played by Kayvan Novak, is a fierce Ottoman warrior once known for pillaging villages and turning the Euphrates red with blood, but not so much for stealing hearts. Although he once had 37 wives and has over 200,000 direct living descendants, Nandor feels like his life is missing something. After a 200-year dating dry spell, it’s his newfound mission to find the love of his eternal life. Will his fondness for American basketball, his late horse (John), and turning into a mist be enough to woo a mate?

Novak is an award-winning British Iranian actor and voice artist. Novak won the Best Comedy Performance at the 2011 British Comedy Awards for his role in Chris Morris’ Four Lions and appeared in the Academy Award®-winning film Syriana alongside Matt Damon and George Clooney.

He also starred opposite Nick Frost and Chris O’Dowd in James Griffiths’ Cuban Fury and Men in Black: International, in which he plays three different characters for director F. Gary Gray. He can be heard voicing “Dino” alongside Tom Hiddleston and Eddie Redmayne in Early Man. Most recently, he appeared in the Walt Disney live action remake of Cruella, opposite Emma Stone and Emma Thompson.

Additionally, Novak is the creator and star of the famous British prank show, Fonejacker, which earned a BAFTA nomination in 2017 for Best Comedy Program and won in 2008.