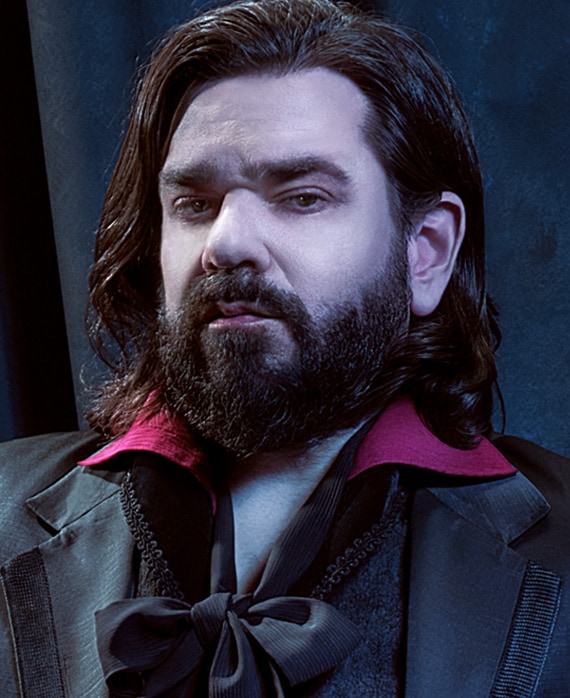 When he’s not on the run as Jackie Daytona or beheading Nadja’s ex-lovers, "Laszlo Cravensworth," played by Matt Berry, likes to live a quiet life perusing old collections of pornography and writing songs like “Horsedrawn Carriages (Full of Arse)” and “Kokomo.” He finds topiary sculpture to be quite soothing, and he also doesn’t mind having his semen stolen by witches from time to time. Will he let anything get in the way of his already ideal lifestyle?

Berry is a BAFTA award-winning actor, writer and musician. He was nominated for a Critics’ Choice Award for Best Actor in a Comedy Series for his work in FX's What We Do in the Shadows. In the UK, he starred as "Detective Inspector Eli Rabbit" in Year of the Rabbit on Channel 4. In 2015, Berry won a BAFTA for his performance as "Steven Toast" in Toast of London on Channel 4, which he also co-created. The show went on to earn six British Comedy Awards nominations, winning Best New Comedy Program, and was recently announced to be picked up for a much-anticipated second season.

Previously, Berry starred in The IT Crowd for five seasons on the U.K.’s Channel 4, BBC2’s The Mighty Boosh, Channel 4’s Garth Marenghi’s Darkplace and BBC3’s Snuff Box. He also appeared on the last season of Community. Berry made a memorable appearance on Portlandia, starred opposite Sam Rockwell in Moon and appeared in Focus Features’ One Day.

He is a talented voice actor and musician, who recorded introductions for the 2012 London Olympic closing ceremonies and composed the music for AB/DC: A Rock Opera, Snuff Box and Toast of London. Berry has also released six studio albums to much critical acclaim.