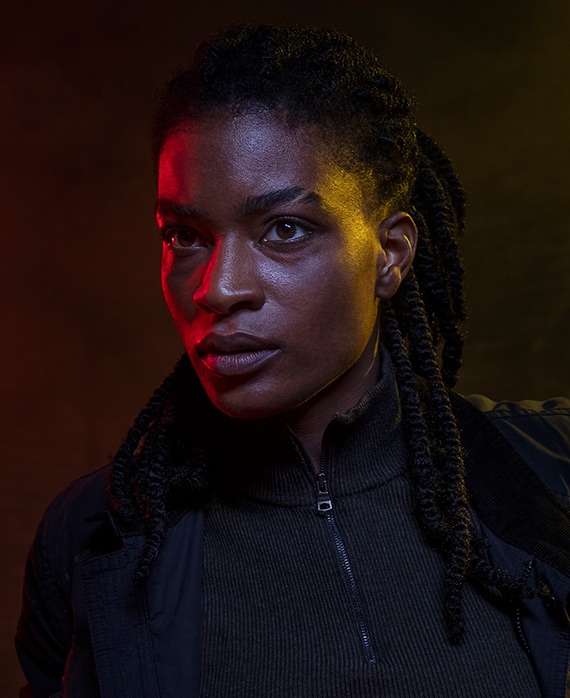 Ashley Romans portrays "Agent 355," who is a secret agent for an elite, covert task force. Agent 355 is a social chameleon, able to switch personas on a dime. She covers emotional scars and grief with bravado and confidence. She does not suffer fools and has long shunned real intimacy for fear of abandonment. She is charming, cunning, complicated and smart as hell.

Romans was only six years old when she saw her then teenage older sister play “Ruth” in a school production of Lorraine Hansberry’s A Raisin in the Sun. From that first magical theatrical experience in that hot auditorium, Romans knew acting was what she was meant to do.

Romans studied acting in New York City at Pace University’s School of Performing Arts undergraduate program. Shortly after graduating, Romans moved to Los Angeles to pursue her career in acting. She initially worked in short films and web series but eventually returned to the magic of theater. Romans acted in many ensemble productions at various popular venues in Los Angeles such as Celebration Theatre, Skylight Theatre Company and the Kirk Douglas Theatre/Centre Theatre Group, where she received the Los Angeles Drama Critics Circle Award for Lead Performance. Shortly after, Romans went on to star in TV shows such as NOS4A2 (AMC), Shameless (Showtime) and I'm Dying Up Here (Showtime).