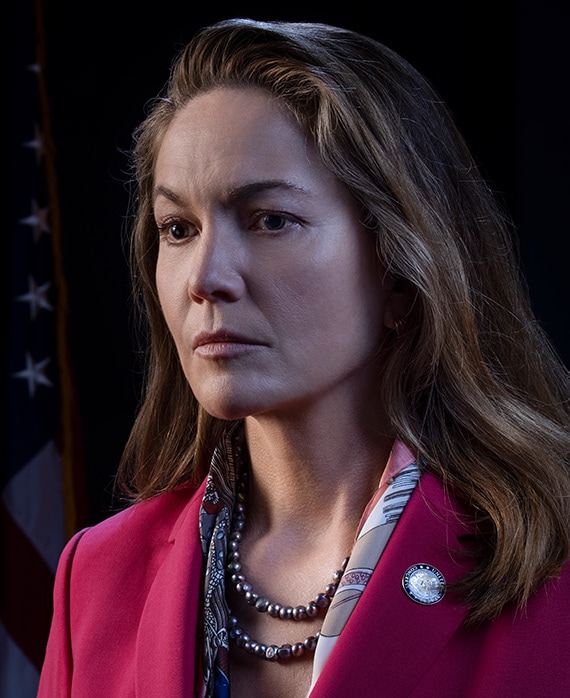 Diane Lane stars as "Jennifer Brown," a top Democratic lawmaker who's polished public image hides a complicated family life. After a worldwide disaster wipes out every person with a Y chromosome, Jennifer moves up the line of succession to become President, a lifelong ambition under the worst possible circumstances. Jennifer assembles a dedicated team of women to rebuild the country, only to have her plans upended when she learns her son Yorick might be the sole survivor of the Event.

Lane continues to be one of Hollywood’s most loved and respected actors, recognized with Best Actress accolades by the New York Film Critics Circle and National Society of Film Critics along with Oscar®, Emmy® and Screen Actors Guild nominations.

From her film debut in A Little Romance through her most recent co-starring role in Let Him Go, Diane Lane’s work embraces her ultimate gift in the art of great performers. Her other projects include Unfaithful, Under the Tuscan Sun, Nights in Rodanthe, Must Love Dogs, A Walk on the Moon (landing Lane a Film Independent Spirit Award nomination), Chaplin, The Outsiders, Rumble Fish and The Cotton Club; as the beloved “Lorena” in Lonesome Dove, “Pat Loud” in Cinema Verite, the President’s nemesis in House of Cards, Superman’s mom “Martha Kent” and much, much more.