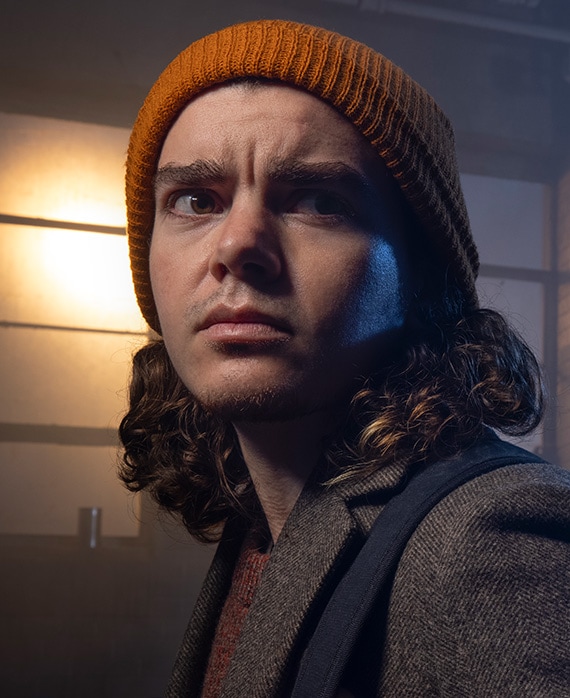 Elliot Fletcher portrays "Sam Jordan," a New York City performance artist from rural Maine. Sam escaped an addict mother and an unstable childhood. He is Hero Brown’s best friend and enabler, and their friendship is complicated and co-dependent but full of love. Sam values artistic expression and his community, which leaves him feeling especially adrift in a world that now doesn’t seem to have much utility for art.

Fletcher is a native of Los Angeles, born into a family of entertainment professionals.

Fletcher was a regular on the Amazon Studios series Tell Me Your Secrets and had notable recurring roles on Shameless (Showtime), The Fosters (Freeform) and Faking It (MTV). He is delighted to have appeared on episodes of Marvel’s Runaways (Hulu), and Adam Ruins Everything (truTV) and is proud to have been part of the feature film documentary Disclosure (Netflix). He has worked on the short films, The Station (Film Independent’s - Project Involve), The Clap and Brother X. Fletcher was pleased to be included on the Forbes’ 30 Under 30 List – Hollywood & Entertainment in 2017 and was honored to be named The Hollywood Reporter’s Next Big Thing in June of 2020. Additionally, Fletcher has worked in the theater and has performed his original music for L.A. audiences.