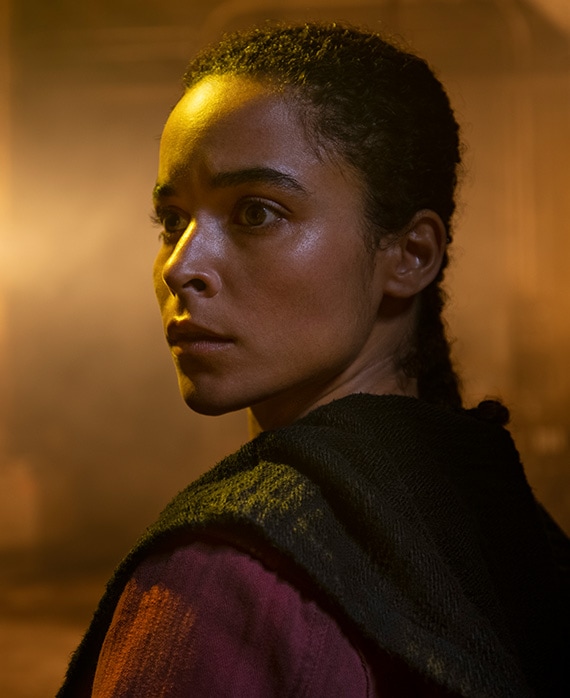 Juliana Canfield portrays "Beth Deville," Yorick's high school sweetheart who became a live-in boyfriend. Their relationship was comfortable, safe… and Beth wanted more. The only child of a single mother, Beth is at the precipice of a new adventure (a highly coveted fellowship in Australia) when the Event happens. In the aftermath of the Event, Beth believes that Yorick is dead and she struggles with survivor’s guilt, as she leaves her old life behind.

Canfield made her television debut and continues to recur in HBO’s Emmy®-nominated series Succession. She also appeared in Apple TV+’s anthology series Amazing Stories, produced by Steven Spielberg, based on his 1985 series of the same name.

On stage, Canfield was recently seen in Theatre for a New Audience’s Fefu and Her Friends, written by María Irene Fornés and directed by Lileana Blain-Cruz and in Atlantic Theater Company’s Sunday, written by Tony Award® winner Jack Thorne and directed by Lee Sunday Evans. She made her New York stage debut in Theatre for a New Audience’s critically acclaimed production of He Brought Her Heart Back in a Box, a performance that The New York Times hailed as “perfect.” Canfield went on to star in New York Theatre Workshop’s production of Zürich opposite Paul Wesley and in New York Theatre Workshop’s production of The House That Will Not Stand.

In film, Canfield recently appeared Sofia Coppola’s Apple TV+ feature On the Rocks opposite Rashida Jones. She appeared in Kitty Green’s The Assistant alongside Julia Garner, which premiered at the 2019 Telluride Film Festival and was an official selection of the 2020 Sundance Film Festival. She also appeared in Marshall Curry’s short film The Neighbors’ Window, which premiered at the 2019 Tribeca Film Festival and received a 2020 Oscar® nomination for Best Live Action Short.

Canfield graduated with an MFA from the Yale School of Drama.