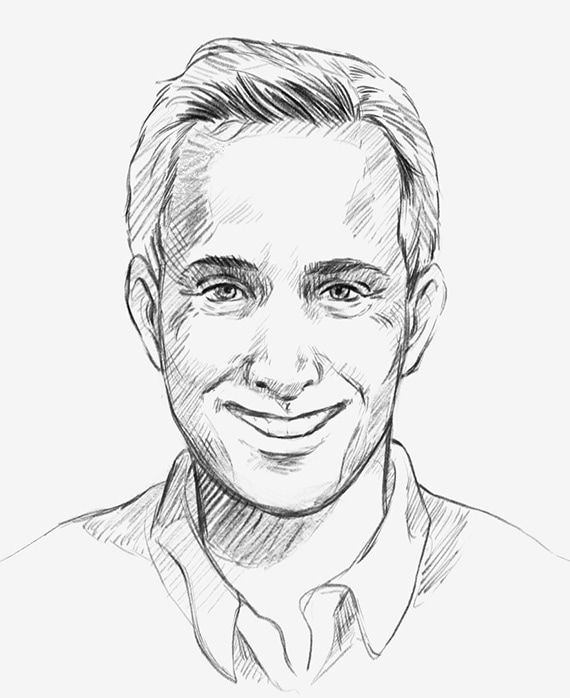 Jeremy Gold is Co-President of Blumhouse Television, along with his partner Marci Wiseman. Together they are leading the expansion of the Blumhouse brand beyond horror content to explore not only genre material, but also dark, provocative subject matter across a portfolio of scripted and unscripted television series and streaming movies that includes Sharp Objects, The Good Lord Bird, No One Saw a Thing, Fall River and an Amazon eight-film anthology.

Since joining Blumhouse in 2016, Gold and Wiseman successfully relaunched Blumhouse Television as a vibrant independent studio with projects in production with different networks and streaming platforms. The company is currently in production on Into the Dark, a first-of-its-kind ongoing monthly horror anthology series at Hulu. The indie studio has also earned critical acclaim including a Golden Globe® and Critics’ Choice Award for Sharp Objects; Golden Globe, Critics’ Choice and Writer’s Guild Award nominations for The Loudest Voice starring Russell Crowe, garnering him a Golden Globe and Screen Actors Guild nomination;home and Emmy® Awards for its productions of The Normal Heart and The Jinx.

The duo have also built a significant feature-length documentary division with projects that include This is Home, the 2018 Sundance Audience Award winner and recipient of the prestigious duPont/Columbia School of Journalism Award, the lauded, WGA award-winning Bathtubs Over Broadway and A Secret Love, produced with Ryan Murphy for Netflix.

Gold has had a long and successful career launching popular television programming for broadcast and cable networks. Before joining Blumhouse, he was Executive Vice President at Endemol Shine Studios. During his tenure there, he introduced Endemol USA into the scripted television space first as a production company and later as a studio, launching Endemol Studios in 2012. Gold oversaw the development, financing and production of a broad slate which included the long-running, award-winning AMC drama Hell on Wheels, format adaptations Low Winter Sun (AMC) and Red Widow (ABC), Kingdom (ATT/DirecTV) and I’m Dying Up Here (Showtime).

Prior to Endemol, Gold held senior leadership positions at both Twentieth Century Fox Television and FOX Broadcasting Company, where he developed numerous comedy series including the Emmy Award-winning Arrested Development and The Bernie Mac Show as well as American Dad and the hit reality show The Simple Life.

A graduate of Northwestern University, Gold began his career as an actor and theatrical producer. He founded and served as Artistic Director of New York City’s award-winning Zena Group Theater.