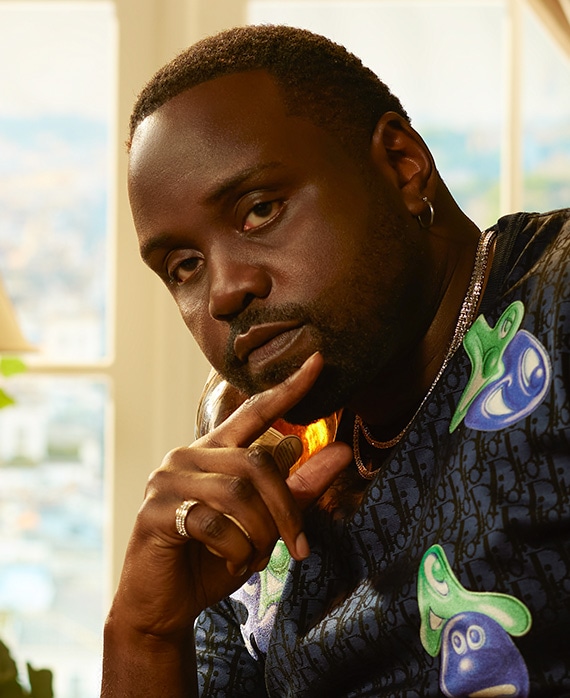 In November 2021, Henry starred in Marvel’s Eternals alongside Angelina Jolie, Richard Madden and Kumail Nanjiani, directed by Chloé Zhao. In April 2022, Henry will star in Sony’s Bullet Train with Brad Pitt, and he has completed production on the Netflix animated feature The Magician’s Elephant. In early 2021, Henry starred in Warner Brothers’ blockbuster Godzilla vs. Kong. He portrayed the character of “Bernie,” a truth seeking podcast host and conspiracy theorist. He also starred in the indie drama The Outside Story from writer/director Casimir Nozkowski, receiving rave reviews for his leading role, and in Netflix’s The Woman in the Window opposite Amy Adams and Gary Oldman.

In 2018, Henry had a prolific year on the silver screen, starring in a diverse array of feature films. He co-starred in the action thriller Hotel Artemis alongside Jodie Foster and Sterling K. Brown, Sony’s drama White Boy Rick with Matthew McConaughey, director Steve McQueen’s thriller Widows opposite Viola Davis, Sony’s Oscar®-winning animated film Spider-Man: Into the Spider-Verse and Barry Jenkins’ If Beale Street Could Talk, for which he received critical acclaim (NAACP Image Awards nomination) for his performance as the character “Daniel Carty.” In 2019, Henry starred in MGM’s Child’s Play, Blumhouse’s Don’t Let Go, which had its premiere at Sundance and the indie comedy Family.

Henry’s additional film credits include Vivo, Superintelligence with Melissa McCarthy and the indie films Irreplaceable You, Puerto Ricans in Paris and Crown Heights. On television, he has appeared in numerous shows, including Room 104, Drunk History, How to Get Away with Murder, Vice Principals, Boardwalk Empire, The Knick, The Good Wife and Law & Order. In 2017, he guest-starred as “Ricky” on NBC’s This Is Us, for which he earned an Emmy nomination.

Henry originated the role of “The General” in the critically acclaimed Broadway musical The Book of Mormon, for which he received rave reviews. In spring 2018, Henry returned to Broadway in Kenneth Lonergan’s Tony-nominated play Lobby Hero. For his role, he received Tony, Drama Desk and Drama League Award nominations. Henry’s wide-range of theater credits include The Fortress of Solitude and The Brother/Sister Plays/The Brothers Size (Helen Hayes Best Actor nomination) at The Public Theater, as well as Romeo and Juliet and Talk About Race at New York Stage and Film and The Public Theater.

A graduate of Atlanta’s Morehouse College, Henry received his MFA from Yale’s School of Drama. He currently resides in New York.