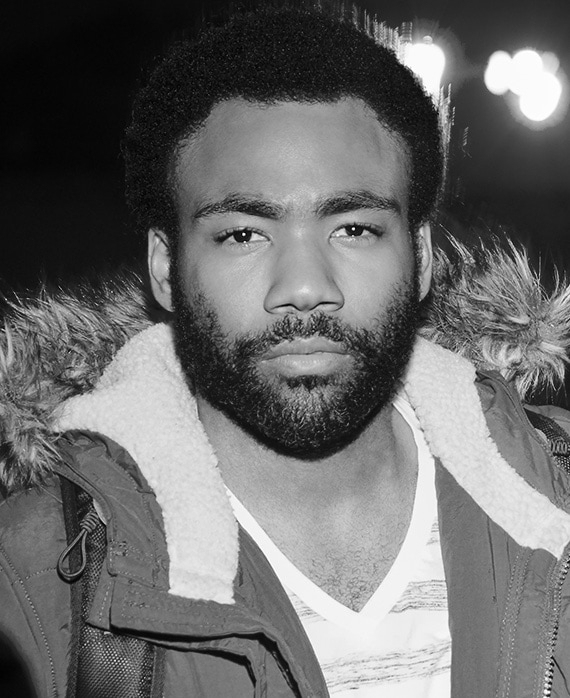 Donald Glover stars as “Earnest ‘Earn’ Marks,” a young manager trying to get his cousin’s rap career off the ground.

Glover was most recently seen in FX’s critically-acclaimed and award-winning comedy series, Atlanta, which he created and starred in. He won the 2017 Emmy® Award for Outstanding Directing for a Comedy Series and Outstanding Lead Actor in a Comedy Series. The first season ranks as the highest-rated comedy series in FX Networks history.

Coming off the success of Atlanta, Glover has set an overall deal with FX Productions where he will develop new projects for the network.

In film, Glover recently wrapped production on Solo: A Star Wars Story in which he stars as “Lando.” The film will be released by Disney on May 25, 2018. He was also recently cast as “Simba” in Disney's remake of The Lion King. This adaptation of the 1994 classic will be directed by Jon Favreau. Additionally, Glover appeared in Jon Watts’ Spider-Man: Homecoming, which was released by Sony in July 2017.

In 2015, he appeared in Ridley Scott’s The Martian opposite Matt Damon and Jessica Chastain and in Magic Mike XXL, alongside Channing Tatum, Joe Manganiello, Matt Bomer and Amber Heard.

Past films include David Gelb’s The Lazarus Effect opposite Olivia Wilde and Mark Duplass; Miguel Arteta’s Alexander and the Terrible, Horrible, No Good, Very Bad Day; Maggie Carey’s The To Do List opposite Aubrey Plaza and Bill Hader, and James Bobin’s The Muppets. On television, Glover starred as “Troy” on four seasons of NBC’s critically acclaimed series Community created by Dan Harmon. He has also made guest appearances on Judd Apatow’s HBO series Girls and on the cult favorite Adult Swim animated series Adventure Time.

Glover began his comedy career under the mentorship of Tina Fey, writing for the Emmy Award-winning NBC series 30 Rock.

As a musician, Glover is known for his success under the stage name “Childish Gambino.” He released his first album, Camp, in 2011. His second album, Because the Internet, was nominated for two Grammy Awards. His third album, Awaken My Love!, released in December 2016 debuted #1 on the R&B Albums Chart and was nominated for multiple Grammy Awards, including Album of the Year.