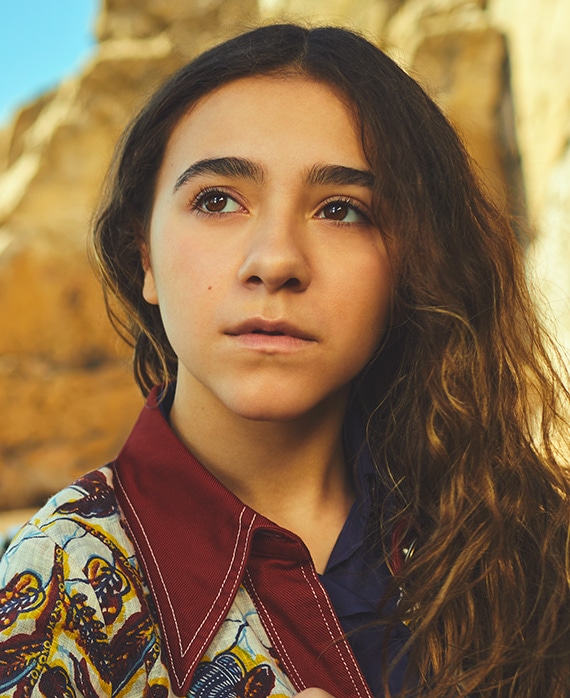 Olivia Edward plays “Duke,” Sam's youngest daughter who is plunging into adolescence, experimenting with boundaries and grappling with her inner demons.

Edward, a 14-year-old native of Long Island, New York, began her professional career at the age of two after signing with a management team, and has been steadily working ever since. Edward has appeared in numerous guest spots on TV series such as Unbreakable Kimmy Schmidt, The Mysteries of Laura and Crazy Ex-Girlfriend. Edward can also be seen alongside Brian Tyree Henry in the Brooklyn-based indie feature The Outside Story.

Edward has been an accomplished competitive dancer since the age of four. She has competed with her team in hip-hop, jazz and tap, but loves to ballroom dance with her father most. Edward is also a talented vocalist. She has trained with some of the best vocal coaches in New York since the age of six, and in 2016 made her New York theater debut as “Minnie” in Annie Get Your Gun at the City Center alongside Megan Hilty. Edward also had the honor of singing the duet “For Good” with the legendary Kristin Chenoweth at the Tilles Center Gala Benefit.

In addition to acting, Edward is a Wildlife Warriors Ambassador, spreading the word of conservation to help educate people about the threats facing wildlife. In her free time, Edward enjoys simulated skydiving, baking cupcakes, playing the drums, playing with her three adorable dogs and jumping on the trampoline with her best friend and older brother Justin.