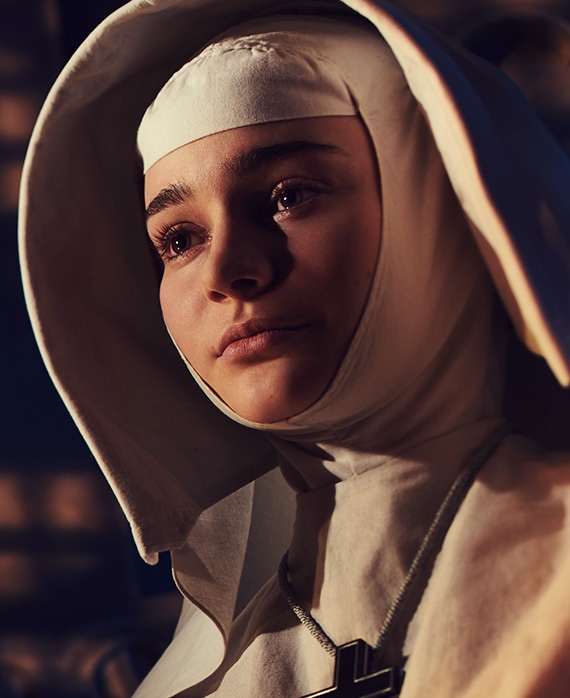 Aisling Franciosi portrays "Sister Ruth," the youngest of the Sisters. Fragile Ruth is perhaps too eager to impress. She is quick with languages and teaches lace work to the older girls.

Irish-Italian actress Franciosi has firmly cemented herself as one to watch within the industry.

Last year, Franciosi starred in Jennifer Kent’s critically lauded The Nightingale, which premiered at the Venice International Film Festival and won the Special Jury Prize. Her performance garnered glowing reviews and led to an Australian Academy of Cinema and Television Arts Award for Best Actress, European Shooting Stars Award at the Berlinale International Film Festival and a Gotham Award nomination for Breakthrough Actor. The National Board of Review recognized The Nightingale as one of their Top 10 Independent Films of the year.

Franciosi will next be seen in Franka Potente’s Home alongside Kathy Bates and starring opposite Sandra Bullock and Viola Davis in the Netflix adaptation of Unforgiven from director Nora Fingscheidt, and Academy Award®-winning screenwriter Christopher McQuarrie.