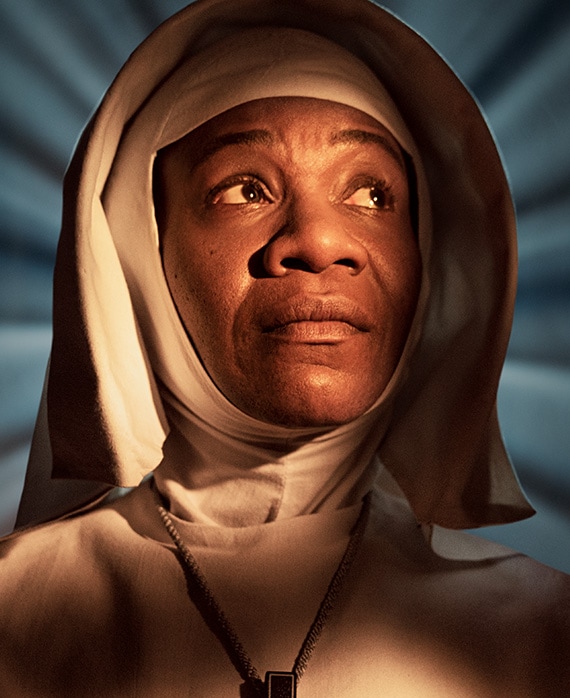 Karen Bryson portrays "Sister Philippa," the most spiritual of the Sisters and first to see the dangers presented by Mopu. Philippa tends the garden and has a great love of nature.

Bryson’s feature film credits include The Come Up directed by Femi Oyeniran and Seahorse Films’ Just Charlie. Next year, Bryson will be seen in the role of “Elinor Stone” in the Zack Snyder cut of the Justice League from Warner Bros. on HBO Max.

Bryson also has a list of extensive theater credits which include Macbeth at Shakespeare’s Globe Theatre, On My Birthday and The Dead Wait at the Manchester Royal Exchange, Shoot to Win at the Stratford East Theatre Royal and Luminosity at the Royal Shakespeare Company, to name a few.

She is represented by the Identity Agency Group in London, where she is based. Bryson made the Queen’s Birthday Honours List in 2017 and was awarded an MBE for her services to Drama.