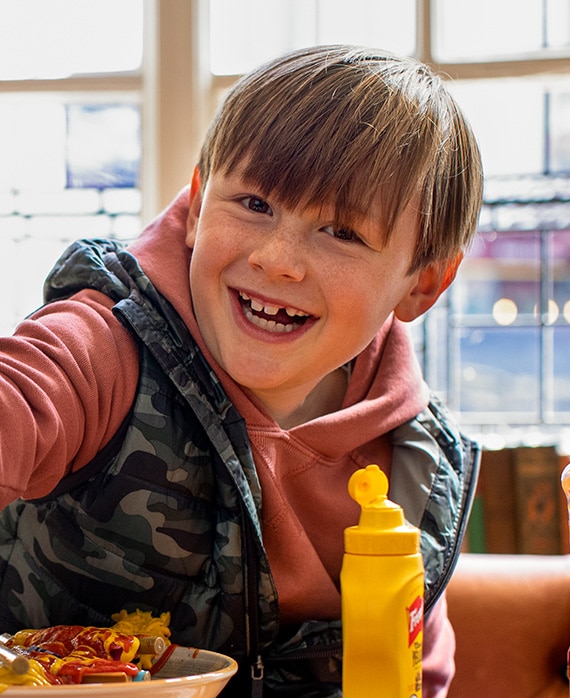 An inquisitive but anxious 7-year-old, "Luke," portrayed by George Wakeman, is worried about fire, death and the existence of Santa, and he looks to the adults in his life for their (often dubious) guidance.

Wakeman is a 10-year-old English actor who first appeared in the documentary The Secret Life of 4, 5 and 6 Year Olds after being spotted by a casting director. In 2016, he was invited back by producers to appear in The Secret Life of Brothers and Sisters alongside his siblings, Jack and Rosie.

In 2017, Wakeman was part of the 'Let's Ride' HSBC UK campaign in association with British Cycling, appearing as himself in their television commercials and online media. That same year, he was featured in the book The Secret Life of 4, 5 and 6 Year Olds: What Little People Can Tell Us About Big People by Theresa Watkins. The following year he took part in the #StopPlasticPollution social media campaign for Eco Experts, appearing as himself in their online commercial Kids React to Plastic.

He attends a performing arts school in London and is a keen goalkeeper for his local football club.