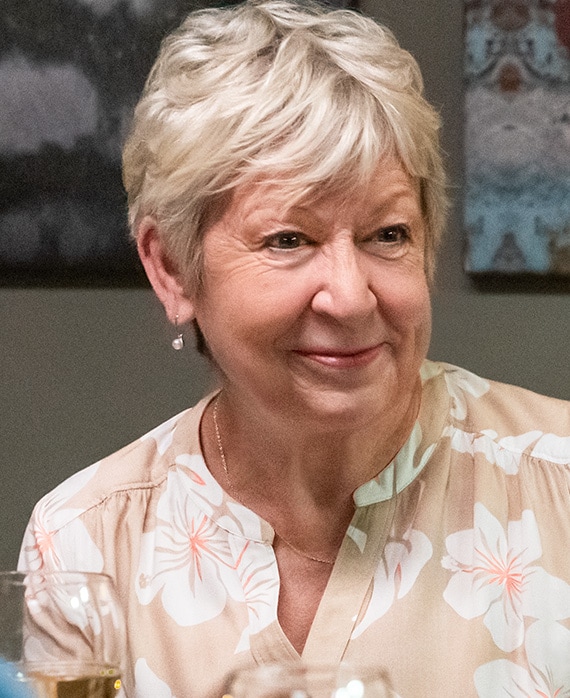 A loyal mom and grandma, "Jackie," portrayed by Joanna Bacon, is as open with her affection as Jim is reserved. She won’t put up with any nonsense but is always available for last minute babysitting, support and ice cream.

Bacon recently wrapped on Terence Davies’ latest film Benediction and will star alongside Jack Lowden and Peter Capaldi. She is soon to star in the independent feature She Will opposite Rupert Everett. Bacon most recently completed production on season two of the FX/Avalon series Breeders, in which she plays Martin Freeman’s mother.

Most recent TV credits include BBC Three’s hugely popular sitcom Him & Her, ITV’s Prime Suspect 1973 and ITV’s Cradle to Grave.