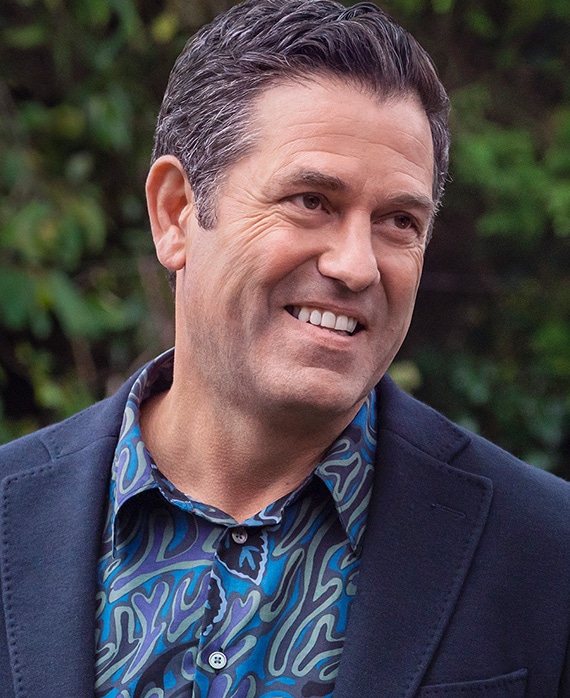 Ally’s boss and friend "Darren," portrayed by Patrick Baladi, is entirely aware that his company’s success rests on Ally’s talents and will do anything he can to keep her.

Actor and singer Baladi was born to an English mother and Syrian father. He was brought up in Libya and went to Stonyhurst College in Lancashire, where he excelled at rugby in the first XV, art and acting, winning the Charles Laughton Prize as a student for his performance work.

Baladi then studied at the Royal Central School of Speech and Drama, where he befriended the ubiquitous Martin Freeman. Following formal training, they both appeared in the National Theatre’s production of Mother Courage, their first professional engagement.

He went on to work at the Royal Shakespeare Company in productions of Much Ado About Nothing, The Spanish Tragedy and Camino Real. He later returned to the National Theatre in The Princes, Battle Royal and Edward Albee’s Finding the Sun.

Baladi is best known for his role as “Neil Godwin” in The Office and received critical acclaim for his portrayal of “Roger Hurley” in Jed Mercurio’s Bodies. He went on to star in Stella, Mistresses, Party Animals, Lewis, Marcella, No Heroics and Silent Witness.

More recently, he has appeared in Berlin Station, Line of Duty, Warrior and Semi-Detached.

Baladi can also be seen in Bridget Jones: The Edge of Reason, Rush, Last Chance Harvey, The International, N.F.A. (No Fixed Abode) and StreetDance 3D.