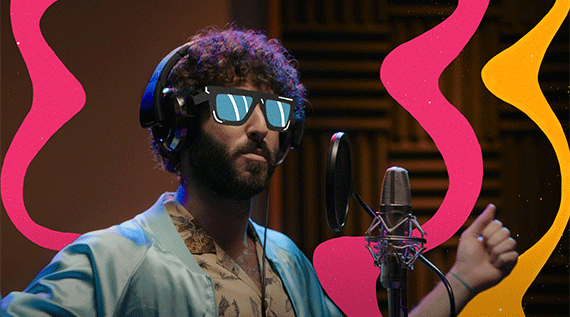 FXX’s new series DAVE is centered on a neurotic man in his late twenties who has convinced himself that he’s destined to be one of the best rappers of all time. Now he must convince his closest friends, because with their help, he actually might convince the world.

The half-hour comedy is based on the life of rapper and comedian Dave Burd, known as Lil Dicky on stage.

The series is co-created by Dave Burd and Jeff Schaffer, and executive produced by the pair along with Saladin Patterson, Kevin Hart and Hartbeat Productions, Greg Mottola, Marty Bowen, Mike Hertz, Scooter Braun and SB Projects’ James Shin and Scott Manson. The series is produced by FX Productions.