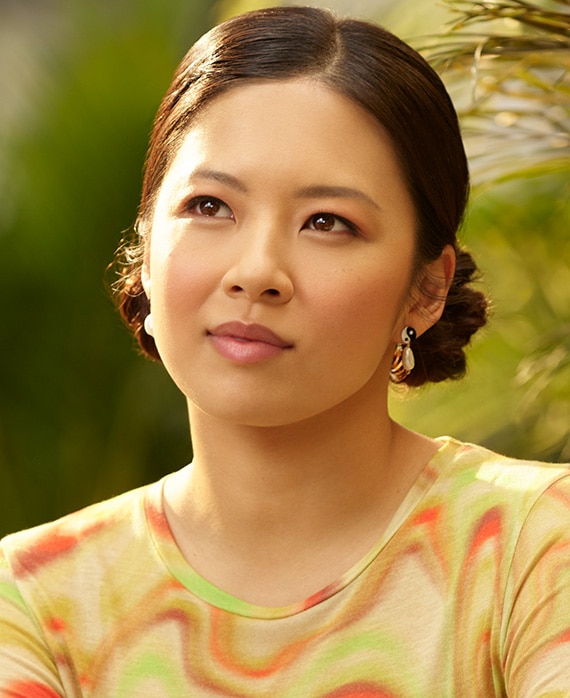 "Emma," portrayed by Christine Ko, is Ally’s roommate and an old friend of Dave’s from the advertising world. Undeniably cool, Emma somehow knows all the people and gets into all the parties. She is a designer / director who becomes a creative partner for Dave.

2020 was a busy year for Ko. She starred in Tigertail, Alan Yang’s feature film for Netflix, as well as DAVE.

Ko previously appeared in a season-long arc on Hawaii Five-0 for CBS and as a series regular on the highly-acclaimed comedy The Great Indoors with Joel McHale and Christopher Mintz-Plasse.