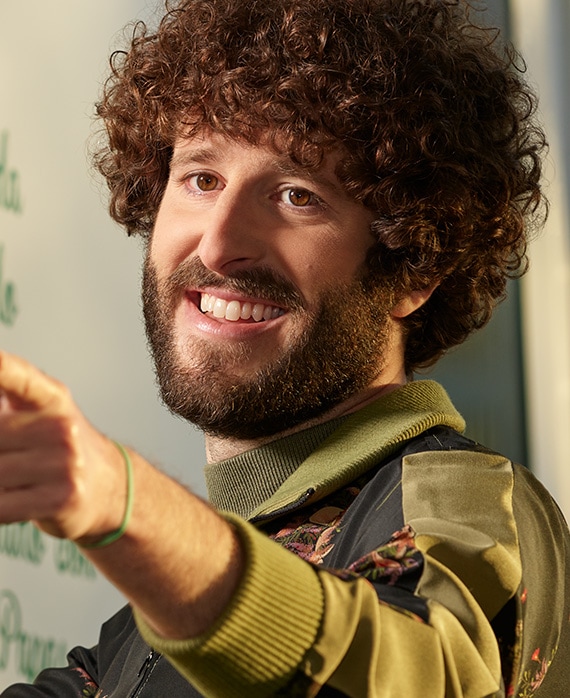 "Dave" is a neurotic-yet-lovable rapper with minimal internet fame for his song, “My Dick Sucks.” Simultaneously exasperating and inspiring to his friends, he vows to leave no stone unturned on his quest to become the next superstar.

Dave Burd, known by his stage name Lil Dicky, is a multi-platinum rapper and comedian. He came to prominence with the release of the music video for his song “Ex-Boyfriend,” which went viral with more than one million views on YouTube in 24 hours. In 2015, Burd released his debut album “Professional Rapper” that featured collaborations with Snoop Dogg, Fetty Wap, Rich Homie Quan, T-Pain and Brendon Urie. The record debuted at number seven on the Billboard 200, topped the Rap Albums and Independent Albums charts and has spent over 100 weeks atop the Comedy Albums chart. Burd released his hit-single “Freaky Friday” in 2018, which now has 1.6 billion streams globally. In 2019, Burd debuted "Earth," a music-led initiative to raise awareness for climate change and the environment. Accompanied by an animated short film, which featured cameos from Justin Bieber, Sia, Ariana Grande, Katy Perry, Ed Sheeran, Kevin Hart and more, the initiative raised over $800k for climate change and COVID-19 relief organizations.

Based on his own life and developed alongside Emmy®-winning writer Jeff Schaffer, the first season of DAVE ranks as FX’s highest rated comedy.