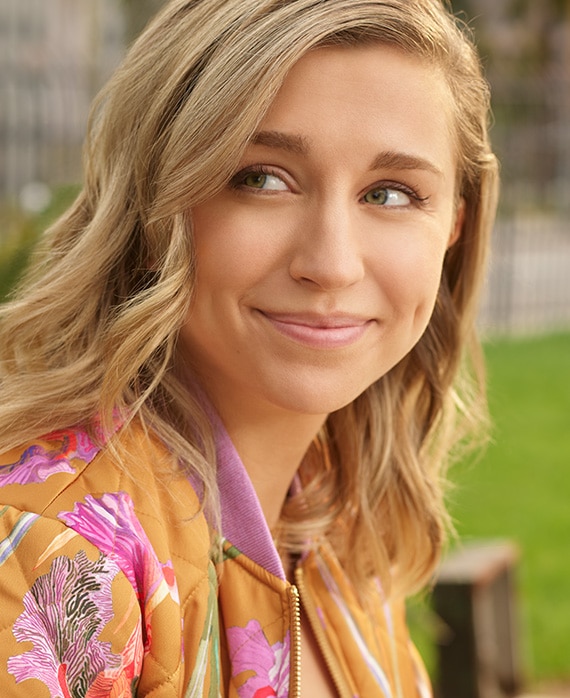 "Ally," portrayed by Taylor Misiak, is Dave's ex-girlfriend and a teacher who often languished in the shadow of his spotlight. But now that they’re both single, she and Dave find themselves awkwardly stumbling into a new dynamic.

Misiak is originally from the Bay Area where she discovered a passion for acting at the young age of seven. From the Children's Musical Theater of San Jose to graduating with a B.F.A. in acting from Ithaca College in New York, Misiak has never stopped performing.

Now based in Los Angeles, Misiak’s recent acting credits include a guest-starring on Netflix’s American Vandal and a recurring role on NBC’s I Feel Bad. Misiak previously co-starred in The CW's Crazy Ex-Girlfriend and NBC's About a Boy. She starred in Lil Dicky's "Pillow Talking" music video alongside Dave Burd and John C. Reilly.