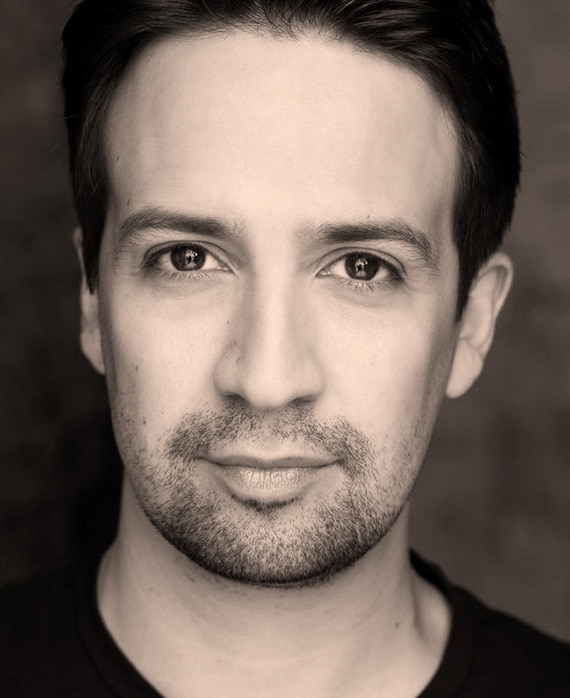 Lin-Manuel Miranda is an award-winning composer, lyricist and performer, as well as a 2015 MacArthur Foundation Award recipient. His current musical, Hamilton - with book, music and lyrics by Miranda, in addition to him originating the title role - opened on Broadway in 2015. Hamilton was awarded the 2016 Pulitzer Prize in Drama and earned a record-breaking 16 Tony® Nominations, winning 11 Tony Awards including two personally for Miranda for Book and Score of a Musical. The Original Broadway Cast Recording of Hamilton won the 2016 GRAMMY® for Best Musical Theater Album. Both Miranda and Hamilton won the 2016 Drama League Awards for Distinguished Performance and Outstanding Production of a Musical, respectively.

For its sold-out Off-Broadway run at The Public Theater, Hamilton received a record-breaking 10 Lortel Awards, as well as three Outer Critic Circle Awards, eight Drama Desk Awards, the New York Drama Critics Circle Award for Best New Musical, and an OBIE for Best New American Play. Material from the show was previewed at the White House during its first-ever Evening of Poetry & Spoken Word in 2009, Lincoln Center Theater’s 2012 American Songbook Series and New York Stage and Film’s 2013 Powerhouse Theatre Season at Vassar College. The Chicago production of Hamilton opened in October 2016, with a 1st National Tour and London production both opening in 2017. The London Production went on to win seven Oliver Awards in 2018, including Best New Musical and Outstanding Achievement in Music for Miranda and orchestrator Alex Lacamoire. The Hamilton Mixtape, a concept album inspired by the show's score featuring top rappers and musicians in the music industry, was released on Dec. 2, 2016. Miranda received a 2017 MTV VMA Award in the "Best Fight Against The System" category for the video, "Immigrants (We Get the Job Done)" off of The Hamilton Mixtape.

Miranda is the co-composer (with Tom Kitt), and co-lyricist (with Amanda Green) of Broadway’s Bring it On: The Musical (2013 Tony Nom., Best Musical, 2013 Drama Desk Nom., Best Lyrics). He contributed new songs to the revival of Stephen Schwartz' Working and Spanish translations for the 2009 Broadway Revival of West Side Story. In 2014, Miranda received an Emmy Award with Tom Kitt for their song, “Bigger” from the 67th Annual Tony Awards. Miranda contributed music, lyrics and vocals to several songs in Disney’s feature film Moana, earning him an Oscar nomination and Grammy Award for the original song, “How Far I’ll Go.”

Miranda is a recipient of the National Arts Club Medal of Honor and the ASCAP Foundation's Richard Rodgers New Horizons Award. He serves as a Council Member of The Dramatists Guild and was appointed by Mayor Bill de Blasio to New York City’s Theater Subdistrict Council in 2015. On July 8. 2016, Miranda and Jennifer Lopez released the charity single, “Love Make The World Go Round” as a tribute to the victims of the 2016 Orlando nightclub shooting. He has continued to respond to tragedy with music, teaming with composers Benj Pasek and Justin Paul and Tony Winner Ben Platt for "Found/Tonight" supporting the March For Our Lives Initiative.

Miranda has actively supported the relief efforts in Puerto Rico following Hurricane Maria in September 2017, creating the benefit single, “Almost Like Praying” as well as releasing its Salsa Remix, benefiting the Hispanic Federation's UNIDOS Fund, helping relief and recovery efforts on the island.

Miranda is a co-founder and member of Freestyle Love Supreme, a hip-hop improv group that has toured the Edinburgh Fringe Festival, as well as the Aspen, Melbourne and Montreal Comedy Festivals and now performs in NYC. The group’s eponymous television series premiered on Pivot TV in 2014.

Miranda has lent his voice to the audiobook recordings of The Brief Wondrous Life of Oscar Wao by Junot Diaz and Aristotle and Dante Discover the Secrets of the Universe by Benjamin Alire Saen. TV/Film credits: The Electric Company, Sesame Street, The Sopranos, House, Modern Family, Polar Bears, Do No Harm, Smash, How I Met Your Mother, Inside Amy Schumer, Difficult People, Hamilton’s America, Saturday Night Live (2017 Emmy nomination, Guest Actor), Drunk History, DuckTales, BoJack Horseman, Curb Your Enthusiasm, The Odd Life of Timothy Green,200 Cartas, Speech and Debate and Moana. He received his B.A. from Wesleyan University in 2002. He lives in NYC with his wife, sons and dog.