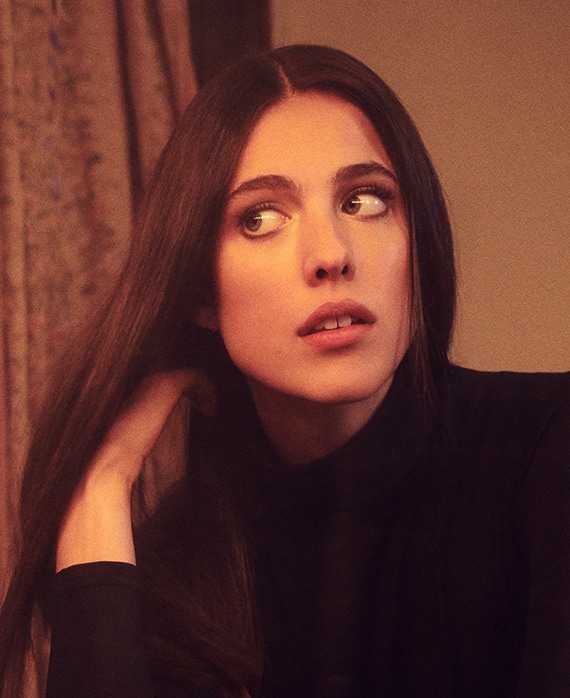 Ann Reinking, portrayed by Margaret Qualley, knows the talent she has – and that’s why she’s determined to avoid a potentially career-jeopardizing romance with her director, Bob Fosse. Eventually, though, a romance blossoms between them, Bob’s only serious relationship after Gwen. As their relationship proceeds over the years, though, Ann gradually comes to question the emotional toll of life with Bob Fosse.

Margaret Qualley starred in Tim Sutton’s gritty indie thriller Donnybrook alongside Jamie Bell, Frank Grillo and James Badge Dale in February 2019. This summer, she will appear in Quentin Tarantino’s Once Upon a Time in Hollywood, alongside Leonardo DiCaprio, Brad Bitt, Lena Dunham and Margot Robbie.

Upcoming, Qualley is in talks to join the cast of Tim Sutton’s upcoming thriller, The Chain. This year, Qualley starred in two films which premiered at Sundance: Rashid Johnson’s Native Son, which was purchased at the festival by HBO and tells the story of a young African-American man who comes of age in the South Side of Chicago during the 1930s; and Rhys Ernst’s Adam, which chronicles the story of a teen spending his last high school summer with his big sister (Qualley), who throws herself into NYC’s lesbian and trans activist scene.

Last year, Qualley completed production on Benedict Andrews’ independent feature Against All Enemies, in which she will star alongside Kristen Stewart, Vince Vaughn and Jack O’Connell. The political thriller tells the true story of the FBI’s COINTELPRO investigation of actress Jean Seberg. Qualley will portray the wife of one of the FBI agents assigned to surveil the actress. In 2017, she starred in Margaret Betts’ Novitiate, opposite Melissa Leo and Julianne Nicholson. The film premiered at the 2017 Sundance Film Festival and was released by Sony Pictures Classics that fall. Qualley received rave reviews for her performance and was featured on multiple “Best Performances” lists from the festival.

Also in 2017, Qualley received widespread acclaim as the star of Kenzo Perfume’s new campaign directed by Spike Jonze, which was named one of the best ads of 2016 by AdWeek Magazine.

Other film and television credits include: The Nice Guys, opposite Ryan Gosling; the critically acclaimed HBO series The Leftovers; and Palo Alto, alongside Emma Roberts and James Franco.