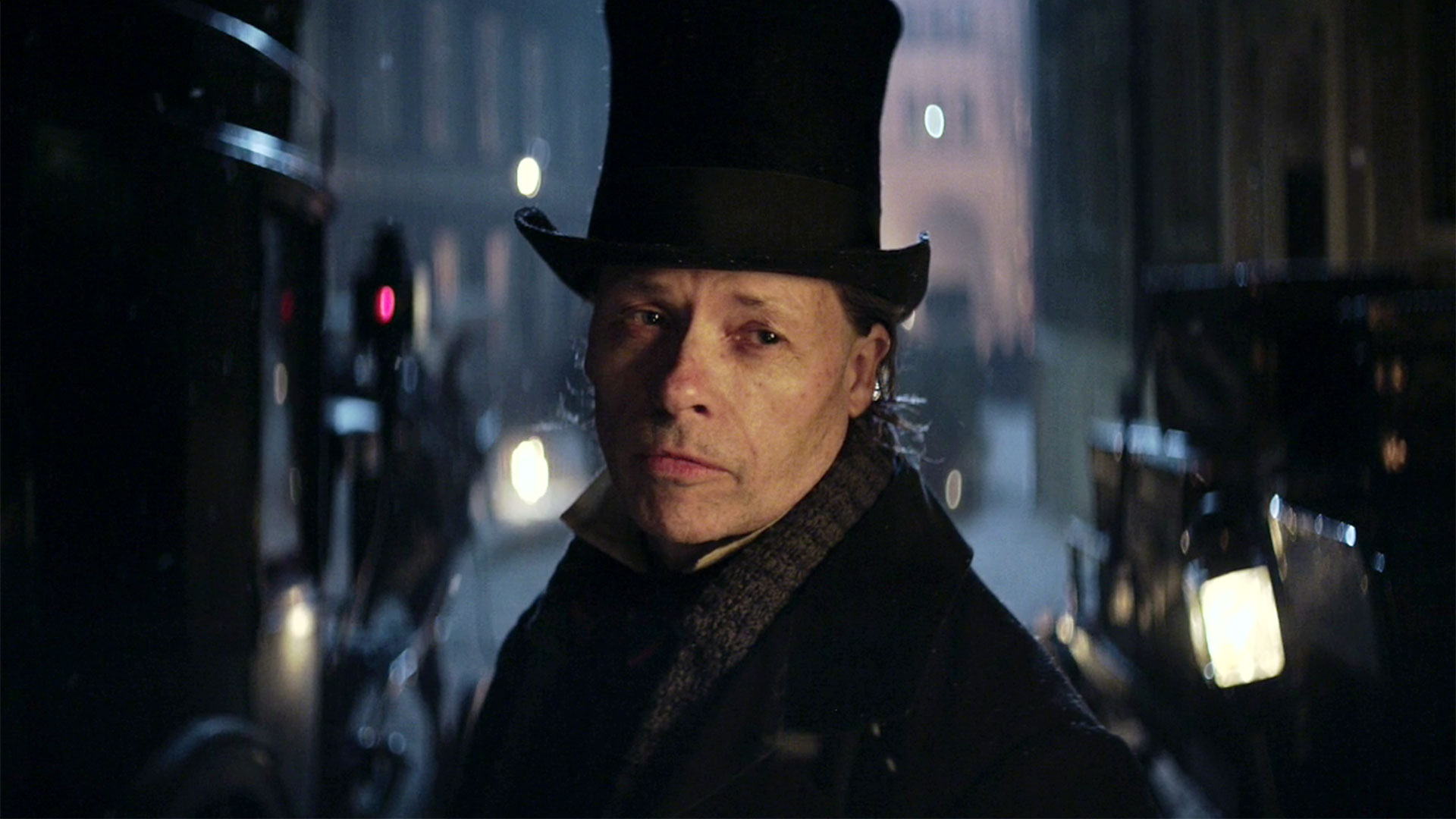 FX’s A Christmas Carol is an original take on Charles Dickens’ iconic ghost story by Steven Knight (Taboo, Peaky Blinders). The FX Original movie is a spine-tingling immersion into Ebenezer Scrooge’s dark night of the soul.

The dark reimagining of the classic tale is written by Peaky Blinders creator Steven Knight and directed by Nick Murphy (The Awakening). It is executive produced by Knight, Tom Hardy, Ridley Scott, Dean Baker, David W. Zucker and Kate Crowe. FX’s A Christmas Carol is produced by FX Productions in association with the BBC, Scott Free and Tom Hardy’s Hardy Son & Baker.