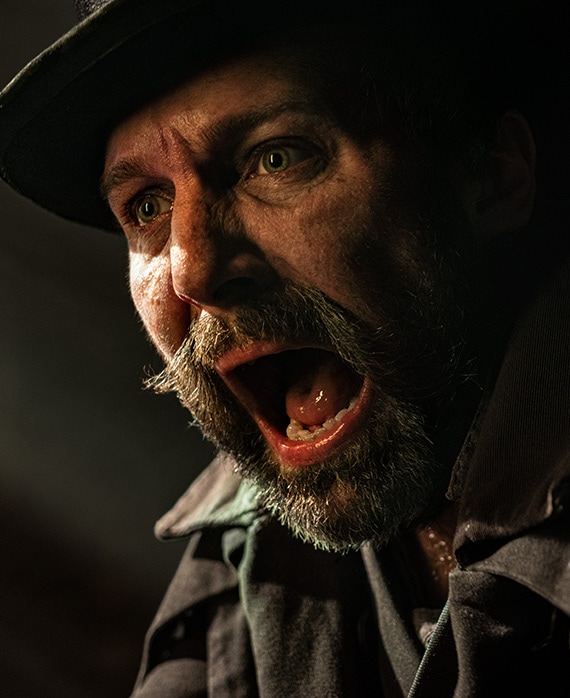 "Scrooge" has been estranged from his father since he was a child, but his domineering and brutal presence still haunts him. Tyrannical, single-minded and cruel, "Franklin," portrayed by Johnny Harris, spent more care tending his failing businesses than his children, except to remind them of their reliance on him. His determination that Scrooge realize the cold heartlessness of the world has been a lesson Scrooge never let go of.

Harris first burst onto our screens in 2006 in the highly acclaimed British film London to Brighton.

The film was voted into Time Out Magazine's "100 Greatest British Films of All Time" and celebrated British director Shane Meadows said of Harris' performance in the film: "It's an incredibly bold and massively powerful performance, the best I've seen on celluloid for a long time."

He has since starred in film and TV hits including Snow White and the Huntsman, Fortitude, Monsters: Dark Continent, From Darkness, Welcome to the Punch and Jack Thorne's BAFTA Award-winning TV show The Fades.

In 2018, Harris played “Agamemnon” in the Netflix/BBC series Troy: Fall of a City. Filming took place on location in Cape Town, South Africa. In October 2018, he made his debut behind the camera, directing the video for Paul Weller’s single Gravity.

Harris has also recently completed work on Medici, an eight-part drama series for Netflix/TVRai, for which he plays a leading role.