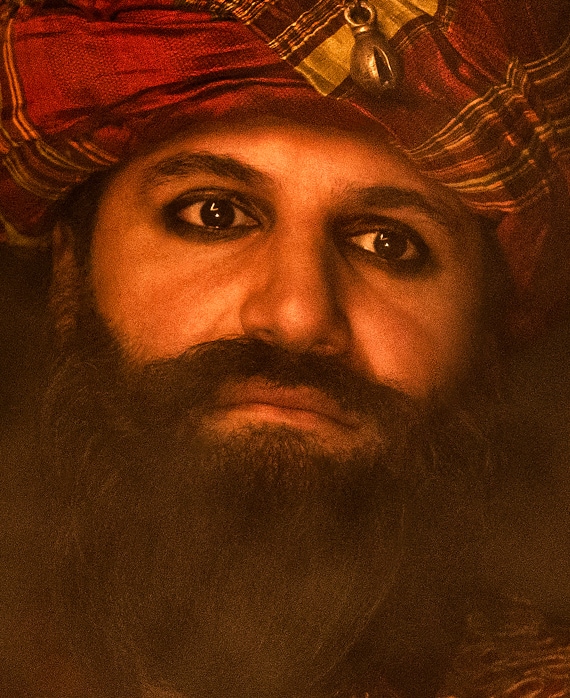 The physical embodiment of "Scrooge’s" childhood dreams, "Ali Baba," portrayed by Kayvan Novak, emerges as one of Scrooge’s oldest friends and comforting escape from the pages of his earliest favorite book, One Thousand and One Nights. He has been with Scrooge through dark times and will show them to him again.

Novak is an award-winning British Iranian actor and voice artist. Novak can currently be seen as the lead in What We Do in the Shadows for Taika Waititi and FX Networks, which was recently renewed for a second season. He was last seen in Men in Black: International where he played three different characters for director F. Gary Gray.

Previously, Novak won the Best Comedy Performance at 2011’s British Comedy Awards for his role in Chris Morris’ Four Lions and appeared in the Academy Award®-winning film Syriana alongside Matt Damon and George Clooney. He starred opposite Nick Frost and Chris O’Dowd in James Griffiths’ Cuban Fury. He was last heard voicing “Dino” alongside Tom Hiddleston and Eddie Redmayne in Early Man.

Additionally, Novak is the creator and star of the famous British prank show, Fonejacker which won the BAFTA Award for Best Comedy Program, as well as the Broadcast Award for Best New Programme in 2008.