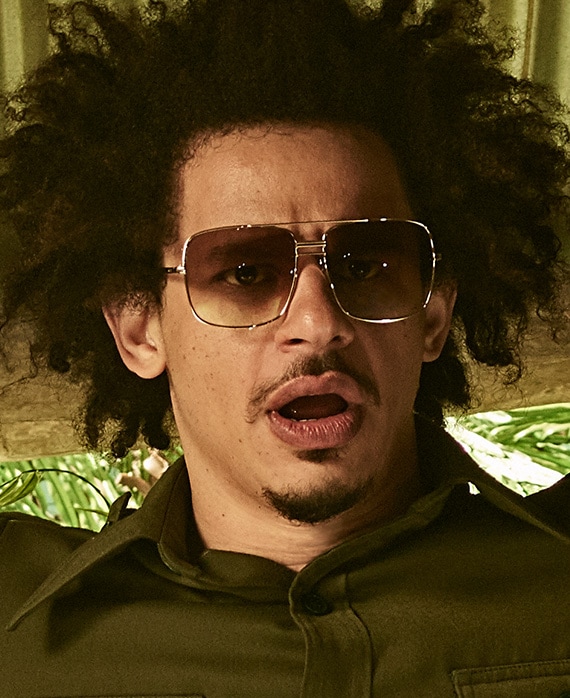 Eric Andre stars as “Mike Scaggs”, a cool, confident ladies’ man who has always pitied Josh – his socially awkward, best friend. But when Josh starts dating Lucy, Mike finds himself falling behind. In order to remain close to Josh, he’ll have to get used to a lot of changes, some small, some terrifying.

With an already proven standup act, Eric Andre broke into the world of late night talk shows. But of course he brings his own flare to what is otherwise a very organized and predictable late night routine. Unlike his counterparts, Jimmy Fallon or Conan O’Brien, Andre’s unrelenting and constantly over the top humor puts some of his guests into situations they never thought they would end up in. The Eric Andre Show is a live action comedy television series that premiered May 20, 2012 on Cartoon Network’s Adult Swim.

Andre’s other television credits include CBS’ 2 Broke Girls, playing the boyfriend of “Max” (Kat Dennings), and a series regular role on ABC’s Don’t Trust the B---- in Apt. 23. He was also recently seen on the big screen in Popstar: Never Stop Never Stopping, with Andy Samberg; and was in The Internship, with Vince Vaughn and Owen Wilson.

Originally from Boca Raton, Florida, Andre resides in Los Angeles and is currently on a thirteen-city comedy tour Eric Andre Live, selling out venues across the U.S. and Canada.