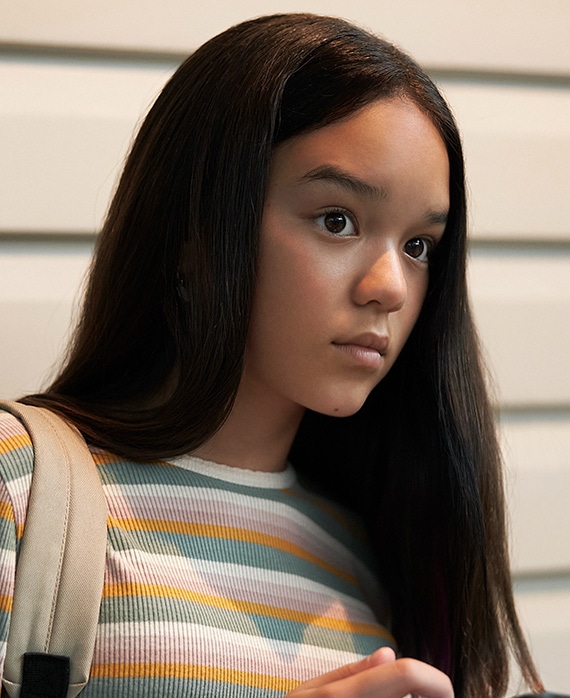 Chika Yasumura portrays the almost teenager Brittany, who is circling ever closer to the truth about her father. When she discovers Ray has not been entirely honest, Brittany makes clear she expects total transparency. But she struggles to hold her part of the bargain - hiding her boyfriend from Ray and rejecting their father-daughter bowling dates. When Brittany gets her hands on one of Ray’s guns, father and daughter are forced to accept just how dangerous secrets can be.

Yasumura is 13 years old and lives in Sydney, Australia. She made her acting debut in the FX series Mr Inbetween for which she was nominated for Best New Talent at the AACTA Awards.

Yasumura will appear in the upcoming film Peter Rabbit 2, which is slated to premiere this summer.