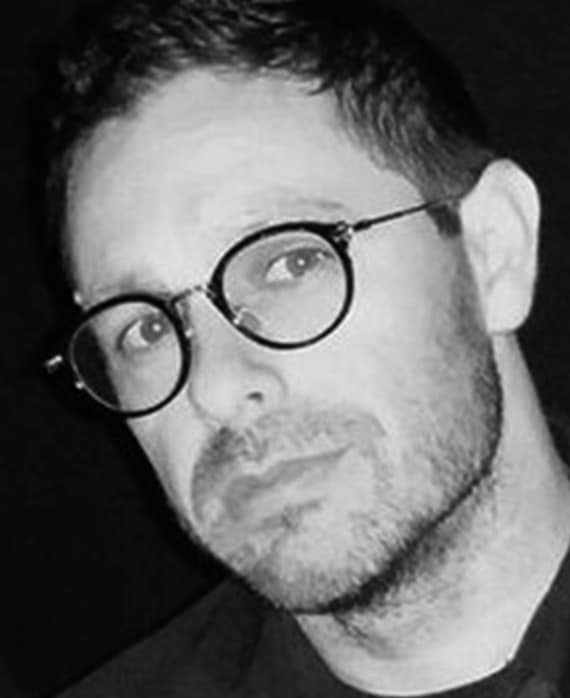 Eric Amadio is a writer, director and producer from Southeast Los Angeles.

After navigating the independent film world as a writer/director/producer with the feature films After Sex, Columbus Day, Stuntmen and Shadows and Lies, Amadio has recently been focused on television where he has created and sold the shows Offseason to Starz and Snowfall to FX.

Currently in television, he’s developing Portraits for Endemol, along with adapting Garth Ennis’ next graphic novel Red Team, and writing Apollo Park for Skydance, which he created with Michael B. Jordan. On the film side, he’s writing his next feature to direct and developing a handful of other projects.

Deeply rooted in Los Angeles, his grandfather opened one of the first Italian/American owned photo studios in downtown L.A. in the 1940s. His mother grew up in the middle of the 1950’s car-culture in Bell, and Amadio was born in Lynwood. He grew up on the border of Downey and Pico Rivera during L.A.’s most violent era, the 1980s, where he became immersed in hip hop culture, skateboarding, basketball, and the occasional crime.

After having an essay published at the age of 10 in a local paper, Amadio went on to write for Rock City News at 16, then worked as an electronic music producer/DJ from 18 to 23, before eventually focusing on being a full-time storyteller.

Today, Amadio only breaks laws in scripts, resides in Studio City, and has lunch with his parents in Downey every Sunday.