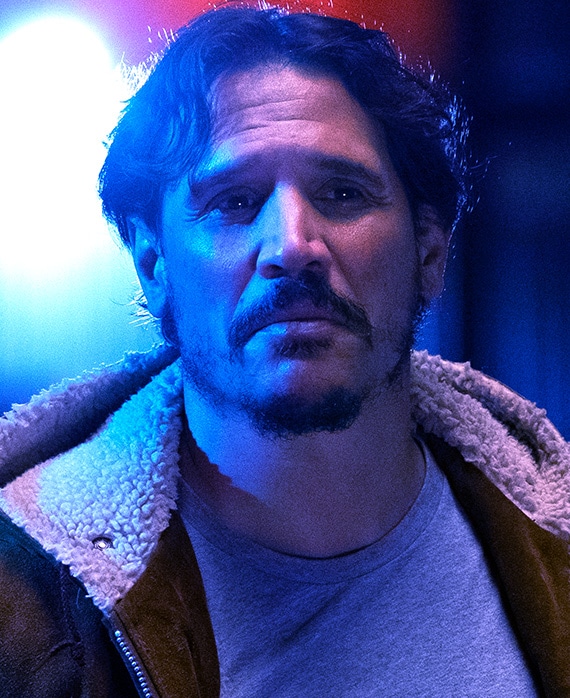 An outsider since birth, he has struggled his whole life to find somewhere to belong, until recently — where he’s proven to be an invaluable asset to the CIA’s covert operation, finding new routes to bring cocaine into the United States and helping handle distribution. In season five Gustavo’s role becomes even more valuable as the operation changes hands, and loyalty is priced at a premium.

Renowned Spanish actor Peris-Mencheta can also be seen in Amazon Prime’s epic series Boundless. Peris-Mencheta’s previous feature film credits include Adrian Grunberg’s Rambo V: Last Blood, where he played the chief antagonist to Sylvester Stallone; Dan Fogelman’s Life Itself, opposite Annette Bening, Oscar Isaac, Antonio Banderas and Olivia Wilde; Taylor Hackford’s Love Ranch, alongside Helen Mirren and the box office hit Resident Evil: Afterlife. In Europe, amongst other projects, he is known for His Majesty Minor, directed by Jean-Jacques Annaud and The Borgia. Peris-Mencheta is also a passionate theater actor and director who has won a Max Award (the equivalent of a Tony Award® in Spain) for Best Theater Play in 2014.

Peris-Mencheta has slowly become one of Hollywood’s most well-recognized Spanish actors. He began his acting career with the Spanish sleeper series Al salir de clase, alongside fellow breakout Spanish stars Elsa Pataky, Alejo Sauras and Hugo Silva. Afterwards, he appeared in several series including Robles, investigador and Lobos while also working on Spanish films such as Jara, The Art of Dying and Less is More. He was also nominated by the Unión de Actores for his roles in Tierra de lobos and Isabel.

All the while, Peris-Mencheta has had a deep passion for directing and acting in theatrical productions, including Romeo and Juliet, Incrementum, The Kitchen, Lehman’s Trilogy, Una Noche Sin Luna, Castelvines y Monteses and Continuidad de los parques. In 2014 he won the Max Award for Best Director for his production of Un trozo invisible de este mundo. Peris-Mencheta is fluent in Spanish, English, French and Italian.