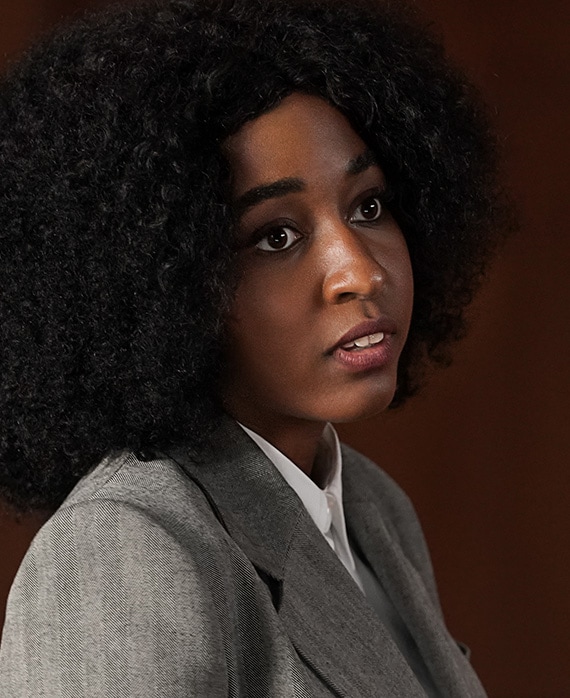 Ayo Edebiri is a fast-rising writer and performer who has been profiled by W Magazine, Rolling Stone and Nylon and was recently named one of Variety's “10 Comics to Watch for 2021.”

She is the new voice of “Missy” on Big Mouth and plays “Hattie” in season two of the Apple TV+ series Dickinson, a role that was created specifically for her after she joined the writer’s room. Edebiri also landed a lead role in the feature Hello, Goodbye, and Everything in Between alongside Talia Ryder.In addition to Dickinson, other writing credits include Mulligan, Big Mouth, FX’s What We Do in the Shadows and Sunnyside.