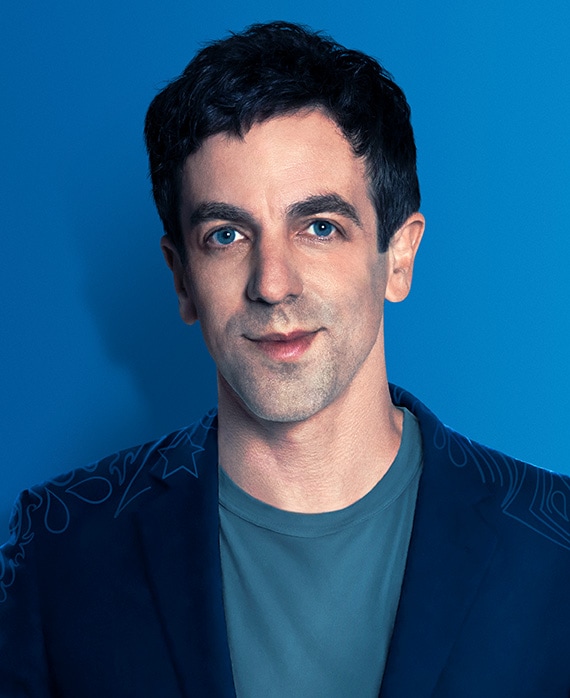 B.J. Novak is widely known for his work on the Emmy® Award-winning comedy series The Office as a writer, actor, director and executive producer. He is also known for his performances in films such as Inglorious Basterds, Saving Mr. Banks and The Founder; and television series such as The Newsroom and The Mindy Project.

He is also a standup comedian and the number one The New York Times bestselling author of the acclaimed short story collection One More Thing: Stories and Other Stories and the international children’s phenomenon The Book with No Pictures, which has over two million copies in print in 26 languages.

Novak recently wrapped production on his feature directorial debut, the genre bending Vengeance for Blumhouse and Focus Features which he wrote, directed and stars in alongside Issa Rae, Boyd Holbrook and Ashton Kutcher.