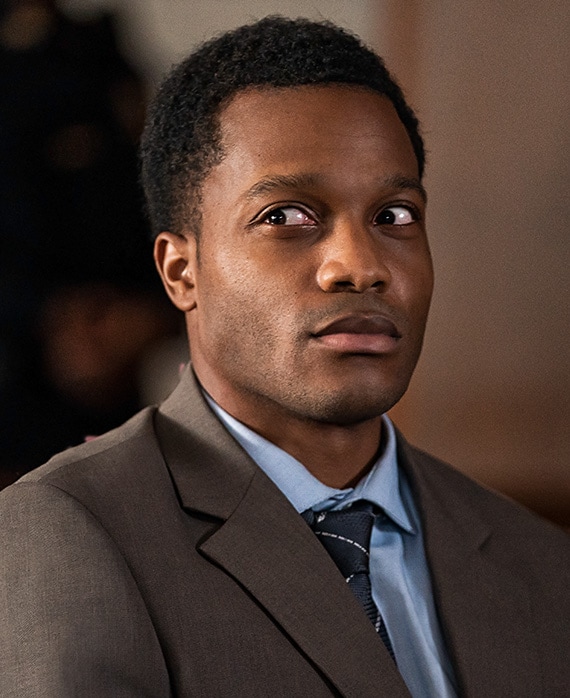 One of Hollywood’s fastest rising young talents, Jermaine Fowler was most recently seen starring alongside Eddie Murphy, Arsenio Hall, Leslie Jones, Kiki Layne and a host of other A-list actors in the Coming 2 America, the sequel to the 1988 hit comedy Coming to America.

Fowler is in talks to lead the upcoming spy action-comedy The U.S.P.S. From Amazon Studios, Imagine Entertainment and Chronology, the film is based on a 2020 Blacklist script by Perry Janes and follows “Michael,” whose life is upended when his mother is killed in the line of duty as a postal carrier. He soon discovers his mother was part of a covert spy organization that hides in plain sight.

He also starred opposite Lakeith Stanfield in Sorry to Bother You, which was directed and written by Stanfield. Produced by Forest Whitaker, the film made its world premiere at the 2018 Sundance Film Festival.

Adapted from a play written by Tracey Letts, he starred in and executive produced CBS’s Superior Donuts which follows an old-school doughnut shop owner, his spunky young employee and aspiring artist, and the community that keeps the shop going in a changing culturally mixed inner-city Chicago neighborhood.

In 2014, Fowler co-created and starred in the truTV sketch-comedy series Friends of the People. The following year, he starred in his own Showtime special Give ‘Em Hell, Kid. His additional television credits include Crashing, Robot Chicken, BoJack Horseman and the All That revival, which he also executive produced. Additionally, he served as the on-camera announcer for the 69th Annual Primetime Emmy® Awards.

Raised in Hyattsville, MD, Fowler began performing stand-up in 2006 while still in high school. On his 20th birthday, he boarded a Megabus and moved to New York City with three pieces of luggage and a dream. As a stand-up comic, he has toured nationally with College Humor and Comedy Central on Campus. Additionally, he was one-half of the sketch group BodegaCat Sanchez, alongside the late Kevin Barnett. In 2012, Fowler was selected as one of Variety’s “New Faces” at the Just for Laughs comedy festival in Montreal.