Allegra in "The Commenter" 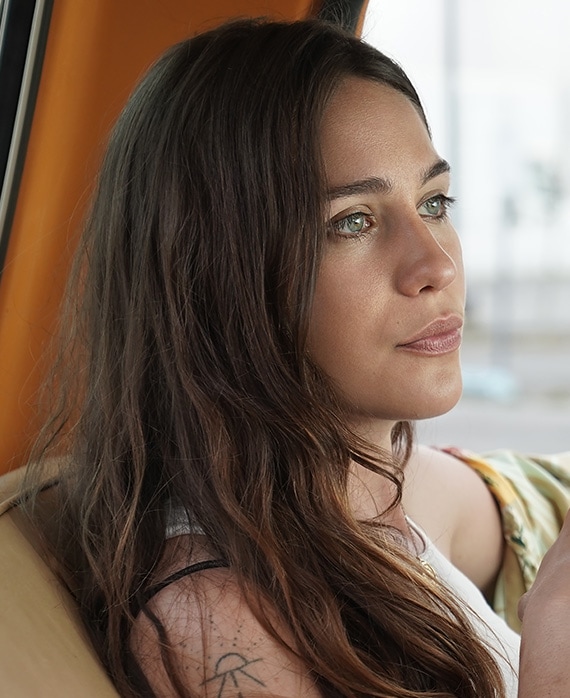 Lola Kirke is an American actress and singer, best known for her starring role in the Amazon original series Mozart in the Jungle. The series ran for four seasons exclusively on Amazon and garnered a Golden Globe Award® in the category of “Best Television Series – Comedy or Musical.”

Next, Kirke stars in Black Label Media’s Broken Diamonds opposite Ben Platt. The film centers on “Scott” (Platt), a twenty-something aspiring writer who, in the wake of his father’s sudden death, sees his dream of moving to Paris put in jeopardy when he is forced to temporarily take in his widely unpredictable, mentally ill sister (Kirke). The film was acquired by Vertical Entertainment and released in theaters and VOD in July 2021.

Last year, Kirke appeared in the feature film, Lost Girls alongside Amy Ryan and Thomasin McKenzie. The film premiered at the 2020 Sundance Film Festival and was subsequently released on Netflix.

In 2018, Kirke released her debut album with Downtown Records titled “Heart Head West,” and toured across the United States, as well as internationally in London, Paris and Montreal. In 2016, Kirke first released her debut self-titled four-track EP and subsequently embarked on an 8-stop tour between New York and Los Angeles.

Kirke’s other notable film credits include: American Woman, Gemini, Untogether, Active Adults, AWOL, Mistress America, Free the Nipple, Gone Girl, Another Happy Day, Reaching for the Moon and Fallen. Her other television credits include Law & Order: Special Victims Unit and The Leftovers. Additionally, Kirke starred, directed and wrote the short film project titled My Rifle, My Baby, and Me.