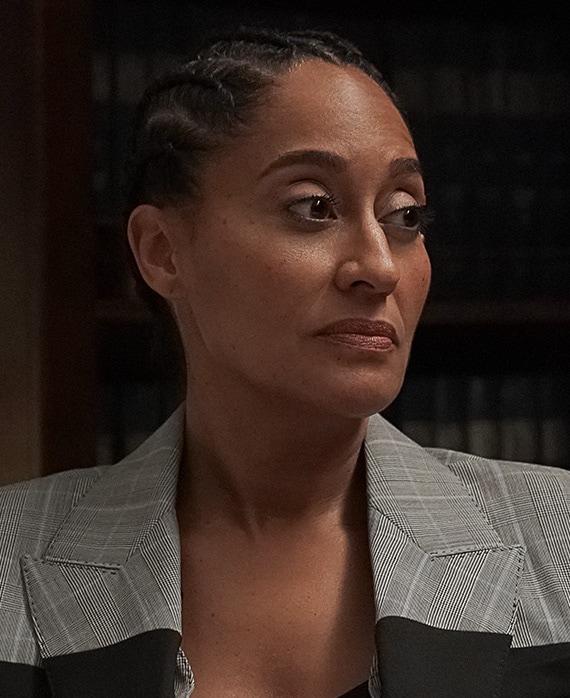 Tracee Ellis Ross is an award-winning actress, producer and CEO.

Ross currently stars in ABC’s Emmy®, SAG®, Critics Choice, Golden Globe®-nominated and NAACP Image Award and Peabody Award-winning comedy series black-ish. For her role, Ross has received numerous accolades including a Golden Globe Award, nine NAACP Image Awards, four Primetime Emmy nominations and two Critics Choice Award nominations. Ross was honored by Women in Film in 2017 with the “Lucy Award for Excellence in Television” and at the 2016 ESSENCE Black Women in Hollywood luncheon with the “Fierce and Fearless Award.” Most recently, she received the “Fashion Icon Award” at the 2020 People’s Choice Awards.

Ross signed a multi-year overall deal with ABC Signature under her production company, Joy Mill Entertainment. The company will produce content centered around multilayered stories that reframe assumptions about how people see themselves and each other.

Ross will executive produce and star in the adult animated comedy Jodie, a series spinoff of MTV’s iconic Daria franchise, as the voice of “Jodie.”

In 2020, Ross starred in Focus Features' The High Note, directed by Nisha Ganatra. Ross delivers stunning vocal performances of five songs, marking the first time she has released music. One of the singles “Love Myself,” stayed on the Billboard contemporary chart for seven straight weeks reaching a peak position of 14. Her performance earned her an NAACP Image Award nomination.

Ross starred on the hit sitcom Girlfriends which ran for eight seasons and earned her eight NAACP Image Award nominations with two wins. Ross also earned the “Best Actress in a Comedy” NAACP Image Award for Reed Between the Lines in 2012, which she also produced.

Ross is the CEO and Founder of PATTERN, the award-winning haircare brand she created for the curly, coily and tight-textured masses.

Ross is producing a podcast “I Am America” alongside Dear Media, showcasing stories about everyday people doing extraordinary things that will invite listeners to reimagine the identity of America. The podcast will debut in early 2022.

Ross will executive produce The Hair Tales along with author Michaela Angela Davis and Oprah Winfrey. The docuseries is an exploration of Black women and their identity through the lens of their hair. It will air on Hulu and OWN domestically and Disney+ internationally.

Ross uses her voice and vast social influence to advocate for joy, self-acceptance, inclusivity and equity. She facilitated night two of the 2020 Democratic National Convention in support of Joe Biden and Kamala Harris. As a co-founding signatory of Time’s Up, Ross is involved in working toward creating safety and equality in the workplace. In 2017, Ross gave a powerful speech about claiming your own life at Glamour’s Women of the Year Summit that went viral. In 2018, Ross opened the TED Conference, the first Black woman to do so, with a speech about the wisdom of women’s fury. She also moderated the second stop of Michelle Obama’s book tour in Los Angeles on behalf of her memoir Becoming.